On September 13, 2007, the SSC Ultimate Aero was crowned as the fastest production car in the world by averaging 256.14 mph (412.22 km/h) during the two opposite direction passes. The title for the world’s fastest car has changed hands a few times in this 13-year interval, with the current official record holder being the Koenigsegg Agera RS with a velocity of 277.87 mph (447.19 km/h).

There has been a lot of debate whether the Bugatti Chiron Super Sport 300+ should be included in this top speed duel, but the consensus is the hypercar from Molsheim doesn’t meet the criteria. Even though it reached 304.77 mph (490.48 km/h), the attempt was done in only one way rather than in opposite directions. Bugatti explained why the W16 longtail didn’t go both ways at the Ehra-Lessien test track as per the Guinness World Record rules, but that doesn’t really matter now.

Why? Because there’s a new speed demon in town and it’s called the SSC Tuatara. On the same stretch of the State Route 160 outside of Las Vegas near Pahrump where the Agera RS made history in November 2017, the hypercar named after a reptile smashed the world record for the fastest street-legal production car. On October 10, SSC North America put professional racing driver Oliver Webb behind the wheel of the Ultimate Aero successor in an attempt to dethrone the Agera RS and Chiron Super Sport 300+. 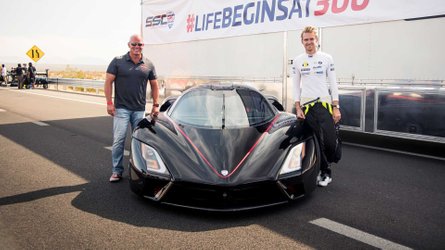 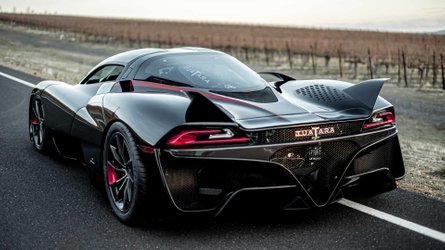 These Two Will Try To Beat The Tuatara: 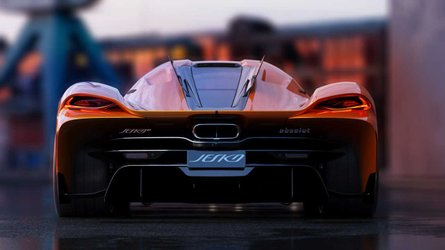 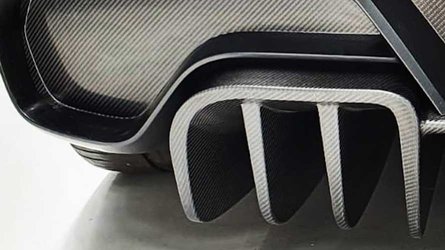 Needless to say, that 331.15 mph (532.93 km/h) absolute top speed we mentioned earlier was enough to claim the title for the highest speed achieved on a public road. Oliver Webb said the hypercar gained nearly 20 mph (32 km/h) within the last five seconds, further suggesting there was still room for more.

SSC North America organized the record-breaking attempt by the book, using a certified GPS measurement device and having two world-record sanctioned witnesses on-site for verification. About 15 satellites were used on average by the measurement device to accurately determine the Tuatara’s impressive acceleration and speed during the two runs that took place within one hour.

Get To Know The New King Of Speed: 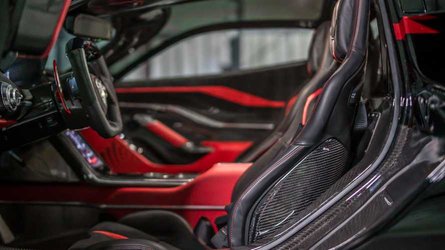 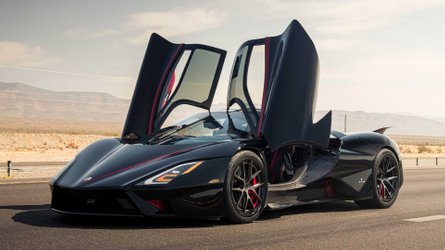 As a quick refresher, the Tuatara is motivated by a twin-turbo 5.9-liter V8 flat-plane crank engine that pumps outs 1,750 horsepower when it feeds on E85. Switch to 91 octane and it still produces a colossal 1,350 hp in a mid-engined hypercar that has a dry weight of 2,750 pounds (1,247 kilograms) and a drag coefficient of 0.279.

Production is capped at 100 cars and customer deliveries are underway, with pricing kicking off at $1,625,000 and maxing out at $1.9M for the fully loaded variant with the High Downforce Track Pack.

With Bugatti officially retiring from chasing top speed records, it only leaves Hennessey with its Venom F5 and Koenigsegg with the Jesko Absolut to try and beat the Tuatara.