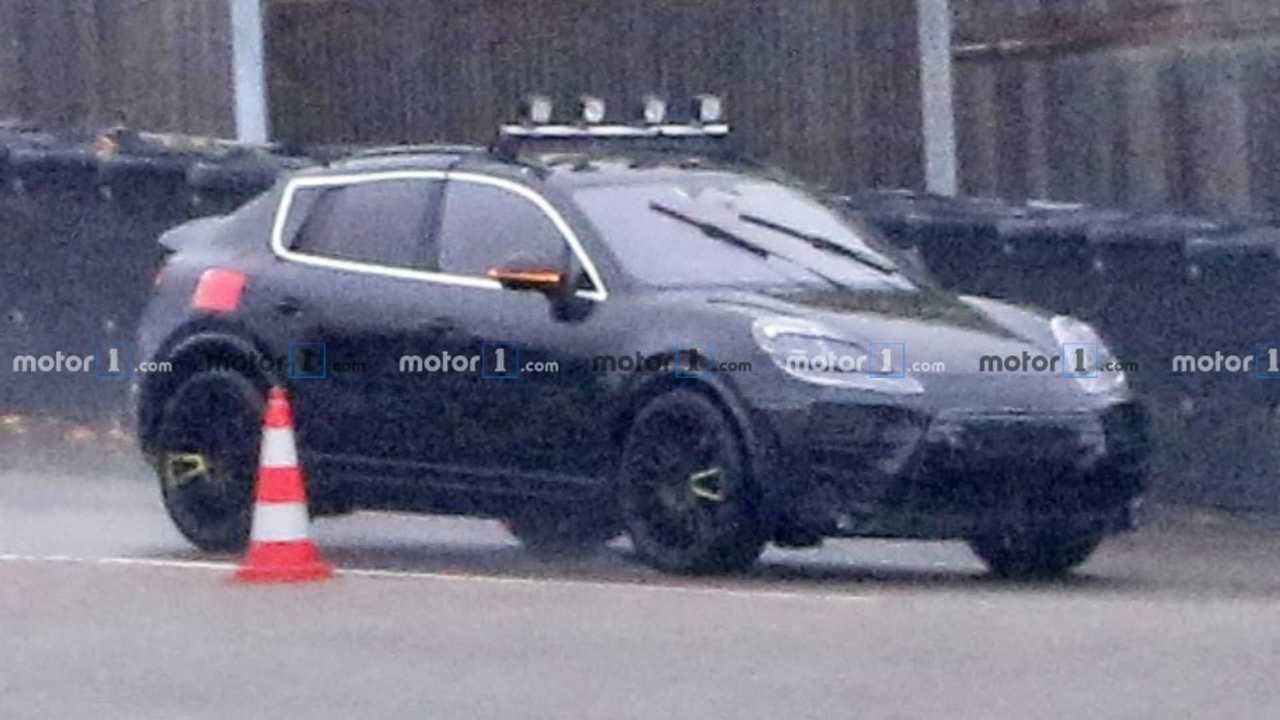 Take an early look at the brand's first high-riding EV.

Porsche’s electric strategy kicked off with the Taycan sedan and the next step is going to be the Taycan Cross Turismo wagon-like EV. Next in line is the first all-electric SUV in the company’s history - the Macan Electric. We are happy to report our photographers have sent us the very first spy photos with this vehicle.

What you see in the gallery below is not a prototype of a Tesla Model Y - it’s not some sort of an Aston Martin DBX coupe either, despite the obvious similarities at the back. Instead, this is an early prototype of the Macan Electric spied testing on a closed track under unpleasant conditions.

Obviously, the rain and fog didn’t help our photographers on-site but nevertheless, we have an early look at the zero-emission crossover. From distance, it looks almost like a Cayenne Coupe but underneath the relatively familiar skin, there will be an all-new platform, never used by Porsche before. It’s called the Premium Platform Electric (PPE) and will underpin high-riding premium products from the Volkswagen Group family.

2022 Porsche Macan Electric: Here's What It Could Look Like

Visually, we expect the Macan Electric to feature a similar front fascia to the Taycan, as previewed by our exclusive renderings earlier this year. At the back, there will be a sloped roof and an adjustable spoiler. Oh, and don’t let these fake exhaust pipes integrated into the rear bumper fool you - this is definitely not an ICE-powered test car.

According to preliminary information, the Macan Electric should go on sale at some point in 2022. To have the Leipzig factory ready for the Macan EV’s arrival, Porsche is investing more than $64 million in the expansion of the facility, including a new body shop. Meanwhile, we expect to see the model make its debut next year as preparations for its production continue.