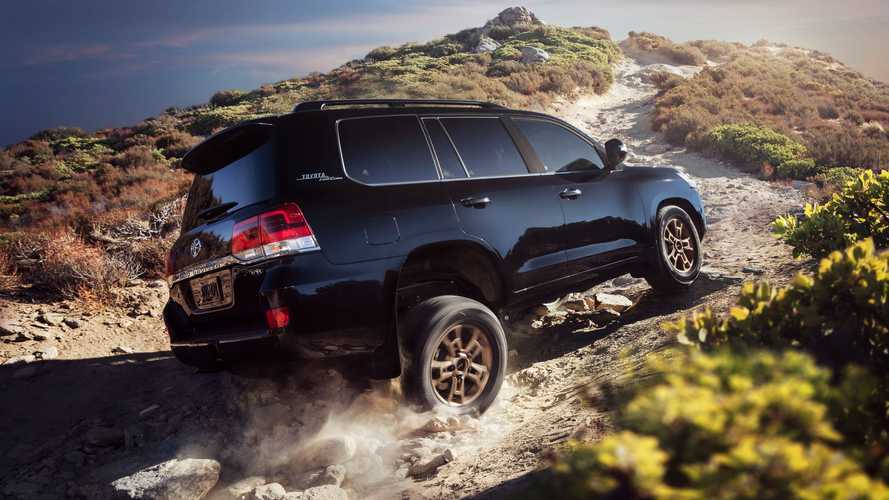 Seems like the Japanese marque wants to GR all things.

We've known for a while that the Toyota Hilux is getting a GR version that's supposed to be powered by a V6. A more recent report revealed that it could adopt the 3.3-liter diesel V6 from the upcoming Land Cruiser, which makes the GR Hilux a dangerous threat against the next-generation Ford Ranger Raptor.

But apart from the Hilux, the Supra, the 86, and the Yaris, it seems like Toyota wants to widen its GR lineup further, and the next Land Cruiser is one of the possible targets.

Speaking to Australia's Carsales and reported by Motoring, a Toyota Australia spokesperson said that "There’s no reason LC or Hilux couldn’t have GR models... and we’ve trademarked [GR HiLux]."

A full GR version of the Land Cruiser isn't a bad proposition at all. With a robust underpinning and a well-revered nameplate to go with it, a full GR version of the LC would be a force to be reckoned with. More so with the reports saying that the Lexus-developed 268-horsepower, 479-pound-feet 4.0-liter twin-turbo gasoline V8 mill might make it in its engine bay.

What about Toyota's other models? The Toyota spokesperson said that the company is making a special effort on pure GR models and that it's "not excluding GR sub-branding from any core model.”

With that said, the GR Corolla trademark from this year could really happen, along with a GR Fortuner – sort of a version of the Toyota 4Runner where the Hilux is being sold to.

We're not expecting the GR Land Cruiser to reach the American showrooms, though, as unconfirmed reports of the Land Cruiser's demise in the U.S. market came out this month. We'll know more in the years to come.