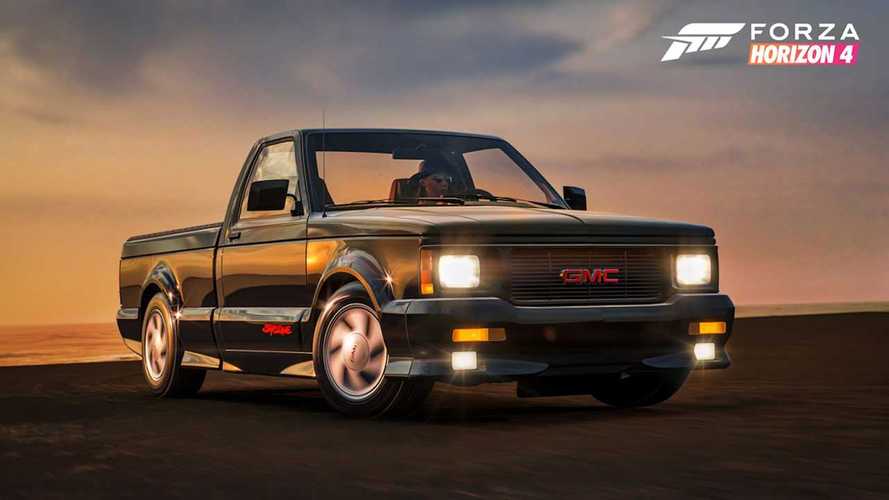 Alongside some other great additions.

When it was released, Forza Horizon 4 was hailed as one of the most successful open-world racing games available. In fact, the entire series has been held in high regard, combining elements of the car and music festival culture with sim-cade physics and rewarding event structures. The latest update to Forza Horizon 4's Series events always offered great rewards, and the limited-time availability of these seasons meant that you'd have some new events to help keep players busy – and win some neat vehicles in the process.

Series Update 28 adds a slew of new cars, and the highlights here are the return of the GMC Syclone and Typhoon, vehicles which were once available for a short period in Forza Motorsport 4, the more realistic side of the Forza franchise. As with any Forza game, these vehicles are faithfully recreated and offer authentic interiors for an awesome cockpit view. You can also expect realistic performance but with accessible handling options, so taming this fast pickup and SUV combo should be a cinch.

The prototype's 3.8L V6 was swapped with a 4.3L with a turbo from Mitsubishi and some specialty Corvette parts to reach 280 horsepower. The result was a zero to 60 mph time of just 4.5 seconds. All about road-going speed, towing capacity was almost zero, and the same went for off-road capability. At the time, these were the fastest accelerating cars in production.

Who's Still Blazing Through The English Countryside In Horizon 4?

Forza Horizon 4 Series 21 Update Will Include These 6 Cars
⠀

Included in the update is the Hennessey Ford VelociRaptor 6x6, limited to just 1,000 units with another axle, 8-inches of lift, and 600 horsepower. The Syclone can be yours if you complete 50% of the seasonal playlist in Summer, with the Typhoon coming after 50% in Winter. You can get the VelociRaptor by completing the "Into the Wilderness" Seasonal Championship. Additionally, a pair of new Car Packs will be available this month, too, featuring new and returning vehicles for the completionists out there. So fire up that Xbox or PC and get to driving!