Audi releases a new teaser image of the 2015 TT 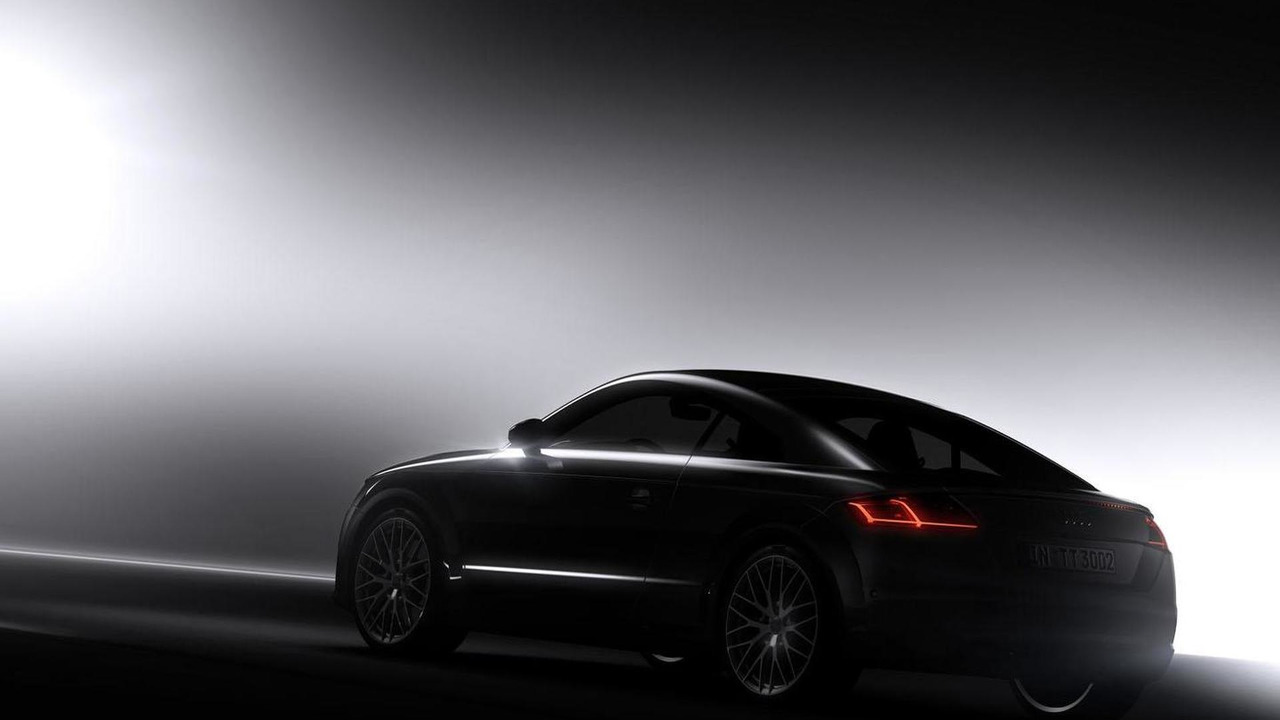 Audi has released a new teaser image of the 2015 TT. It will be unveiled next week at the Geneva Motor Show.

Audi has released a new teaser image of the 2015 TT.

Set to be unveiled at the Geneva Motor Show, the picture reveals the model will have evolutionary design that is instantly recognizable. Despite the design déjà vu, we can see a more aggressive roofline and what appears to be a full-length LED third brake light. The model has also been equipped with prominent fender flares and familiar character lines.

Audi didn't have much to say about the model but the interior features a 12.3-inch digital instrument cluster, a flat-bottomed steering wheel and aluminum trim. Other highlights include a slender dashboard, a revised center console and circular air vents with an integrated climate control knob.

The four-ringed brand has remained coy on technical specifications but the model will ride on the MQB platform and be offered with a variety of petrol and diesel engines. Nothing is official but choices are rumored to include a 1.8-liter TFSI with 180 HP (132 kW) and a 2.0-liter TFSI with outputs of roughly 220 HP (162 kW) and 300 HP (221 kW).

Gallery: Audi releases a new teaser image of the 2015 TT