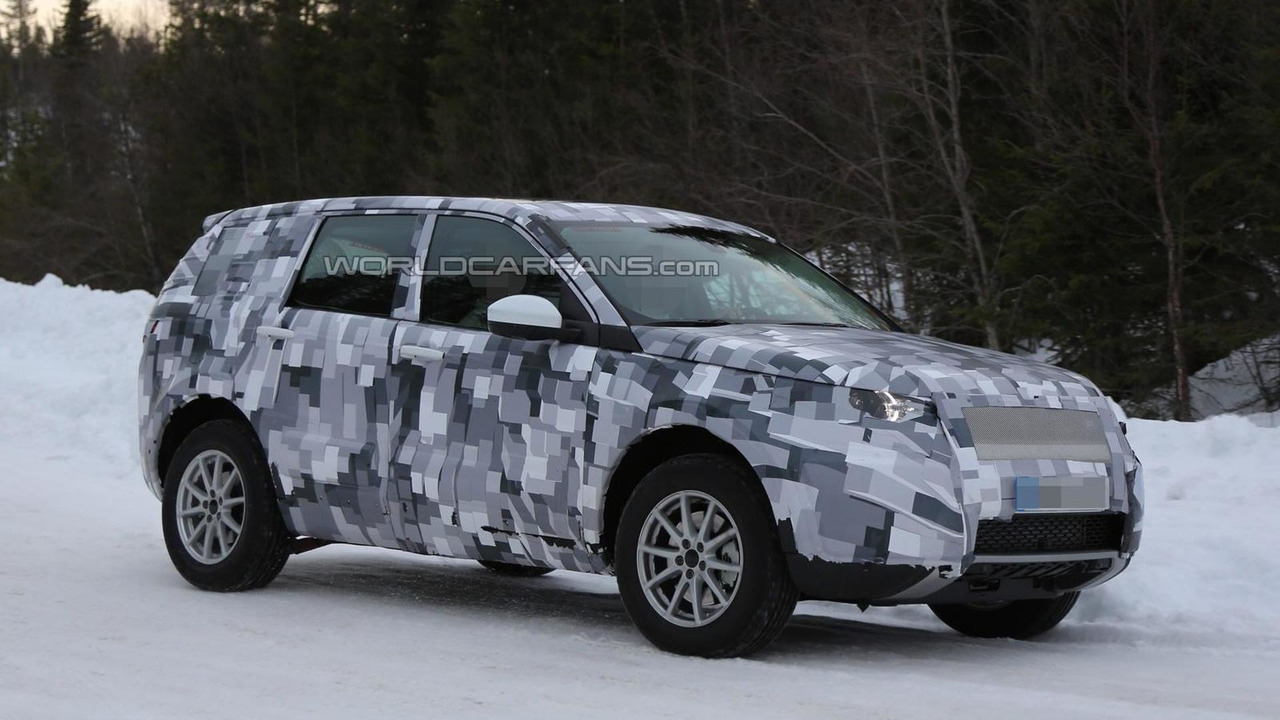 A prototype of the next generation Land Rover Freelander was spotted winter testing ahead of a possible reveal later this year.

A prototype of the next generation Land Rover Freelander was spotted winter testing ahead of a possible reveal later this year.

Details about the new Freelander are murky right now but judging by these spy photos we notice the vehicle appears to be considerably longer than the outgoing model. The vehicle is expected to ride on an extended variant of the LR-MS platform which will enable to model to offer more room inside the cabin as well as in the trunk.

Various reports are indicating the new Freelander will be integrated within the Discovery family but this hasn’t been confirmed yet. Whatever its name will be, the new model will take many styling cues from the Range Rover Evoque so expect to find a rakish windscreen, LED taillights, a dual exhaust and a spoiler mounted on the tailgate.

An official unveiling could occur sometime this year and power will reportedly come from a new family of more economical 4-cylinder engines.