Trivia Time: 10 Things About The Bugatti Badge You Didn't Know 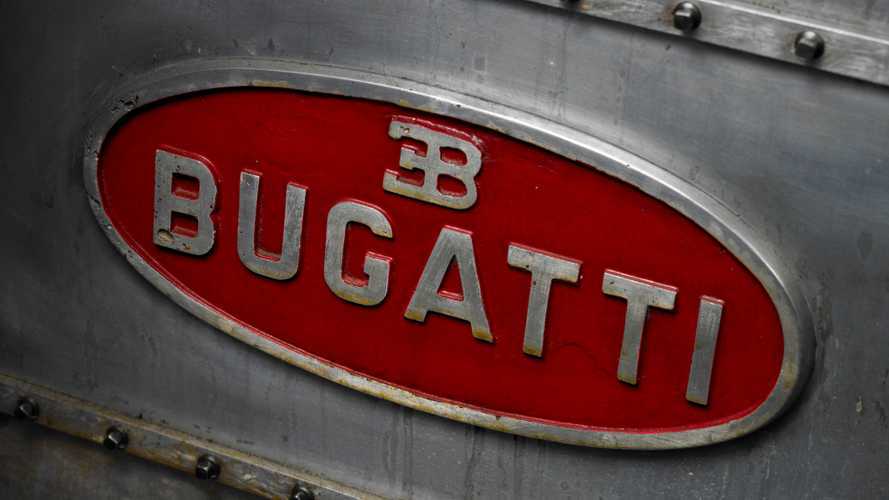 You won't believe the detail work that goes into each red and white macaron.

Bugatti's story begins way back in 1909. In the 110 years since then, the world has radically changed but that iconic red-and-white Bugatti emblem is still pretty much the same. It's not the only prominent oval-shaped badge in the auto industry, and while Ford's blue and white design garners more fame, Bugatti's macaron arguably holds more prestige.

Recently, Bugatti dropped a press release devoted entirely to its badge. If that sounds like a self-indulgent trip down the glorious road of pretentious automotive pedigree, you're not wrong. However, it just so happens that Bugatti's badge has a very interesting story, especially in the modern era since the Veyron hit the scene. If you're trying to wrap your head around what this means, consider that it takes nearly as long to make one Bugatti badge as it does to build a typical, everyday car on an assembly line. Really? Yeah, really.

Find Out Why The Bugatti Veyron’s Tires Cost $42,000 Per Set

That's one bit of interesting info, but we pored through Bugatti's announcement to pull out some other noteworthy items. Here are some takeaways that could win you major points during the next automotive trivia night at the pub.

Bugatti's legendary founder wanted a flat, high-quality badge as opposed to the extravagant radiator figures that were common in the early 1900s. He designed it with specific instructions on size, angle, and degrees. The size has varied over the years, but the overall design is still just as Ettore Bugatti envisioned it.

The colors in the badge have specific meaning

Aside from being clearly visible, Bugatti says the red background signifies passion and performance, while the white lettering and trim represent elegance and nobility. As for Ettore Bugatti's initials being black at the top of the badge, that represents excellence and courage.

There are 60 dots in the badge's outside border

Here's where things get a bit weird. Bugatti doesn't have a clear reason for the 60 pearls, but "legend" says it was a nod to the Art Nouveau trend popular in the late 1800s and early 1900s. It's further described as an interpretation of establishing permanent connections on mechanical parts, thus signifying reliability and durability.

Modern badges are made from .970 silver and weigh 159 grams

Bugatti says it keeps an eye on weight for its hypercars, but at 4,409 pounds, the Chiron isn't exactly light. However, the automaker makes no qualms about not cutting corners on its badge. In this regard, quality and craftsmanship come first, so don't expect to see a carbon fiber Bugatti oval anytime soon.

Poellath GmbH & Co. KG Münz- und Prägewerk was founded in Schrobenhausen, Bavaria in 1778. The German company has long been recognized for its metalwork and embossing techniques, and when modern Bugatti emerged in the early 2000s, the Veyron's badges were created here.

Up to 20 workers make each badge by hand

According to the CEO of Poellath, the design and quality of Bugatti's badge require it be made by hand. The company even makes its own tools to literally create badges from a chunk of silver, and various specialists are involved throughout the process.

It takes 10 hours to make one badge

From the initial cutting through the enamel and finishing process, approximately 10 hours spread out over several days are invested for each badge. By comparison, Ford builds an entire F-150 pickup on an assembly line in roughly 20 hours.

Badges are embossed with up to 1,000 tonnes of pressure

To get the lettering correct, each piece of .970 silver is embossed several times with up to 1,000 tonnes. The result is the Bugatti lettering rising up 2.1 millimeters. Embossing is used instead of casting because the end-result provides a sharper, higher-quality end-product.

A special enamel with inorganic compounds is used, and it fuses with the silver

The enamel coating for Bugatti's badges is free of toxic materials, so instead of lead, the enamel contains silicates and oxides. This causes the enamel to fuse with the silver when heated.

The enamel process actually gives the badge its convex curvature

The Bugatti crest has a slight curve to it, but it's not achieved during the cutting or embossing process. Because of the enamel type and the heat used during the enameling process, a by-product is a natural curve that happens on its own. For that matter, the process helps the badge gain its 3D effect, and since each badge is individually created by hand, minor differences in the process mean each badge is unique.