Can the Honda keep its place on top of the hot-hatch throne?

The US lacks a plethora of hot hatches, though other markets around the world are far luckier. In South Africa, Cars.co.za has pitted a trio of hot hatches against one another in a series of drag races. We’ve already seen the VW Golf GTI TCR best the Hyundai i30 N after the VW lost to the Honda Civic Type R. Now, it’s time to pit the pair of Asian hot hatches against each other.

The Honda Civic Type R packs a turbocharged 2.0-liter creating 306 horsepower (228 kilowatts) and 295 pound-feet (400 Newton-meters) of torque. That bests the Hyundai’s turbocharged 2.0-liter, which makes 270 hp (202 kW) and 260 pound-feet (353 Nm) of torque. These two are close in weight, too, unlike the previous bouts, making this a much fairer fight. Also, both feature six-speed manual gearboxes.

The single-race event has the Hyundai getting a better start off the line, and it maintains a lead for about half of the race. However, Honda’s more powerful mill reels the Hyundai in before passing it. The Honda crossed the finish line first by a little more than a full car length, though that’s enough to earn the W. The Honda stood above the rest in this competition, thanks to its more potent powertrain. 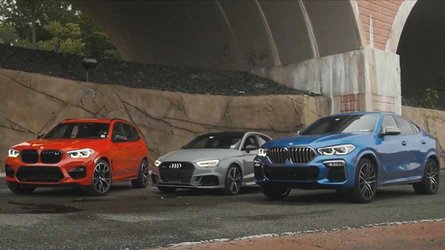 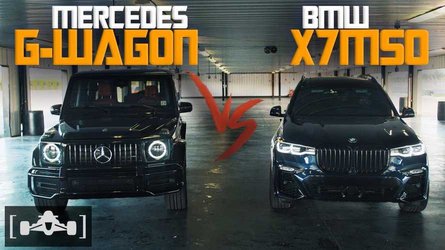 The driver also matters in these events, though the Hyundai’s better start proves that the Honda is the performance king of the two. It’s a nice farewell for the Type R, which will bid farewell as the Japanese automaker prepares its replacement. It’s doubtful Honda would want to give up that edge considering its performance prowess over both the Hyundai and the iconic VW Golf. However, the new Golf GTI TCR is coming soon, too, which will make more power. That means we’ll be waiting for the rematch.