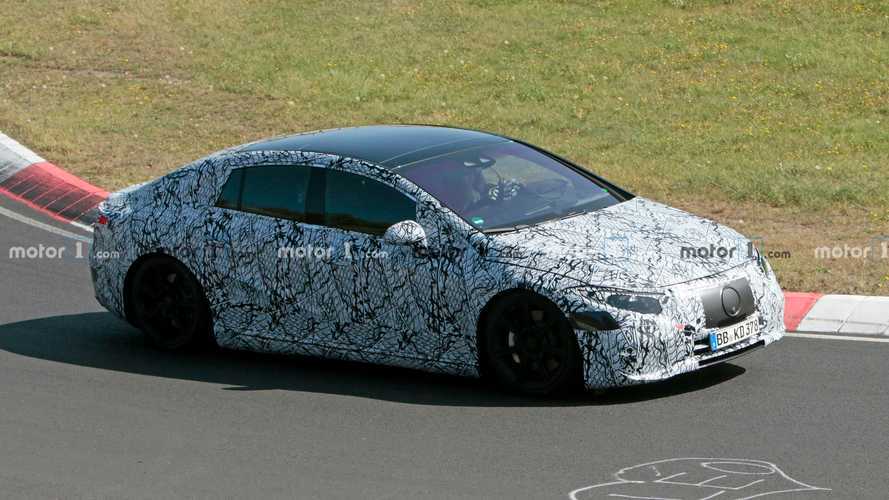 Mercedes’ first mass-produced global electric vehicle was the EQC. It launched last year; however, it hasn’t reached US roads even as Mercedes begins developing the next-gen EQC model. And it won’t be the brand’s first EV here. Daimler CEO Ola Kallenius said in an interview with Automotive News that the EQS would arrive in America before the EQC.

According to Kallenius, Mercedes wants to start from the top of its lineup, and that means introducing the electrified S-Class variant. The model remains the automaker’s flagship, evident by the new tech-packed generation introduced last month. It also has the most loyal Mercedes customers, with 70 percent returning to the model or the brand. The EQS will join the Porsche Taycan in competing against the Tesla Model S while riding on the Mercedes’ large-car Electric Vehicle Architecture (EVA) platform.

Details about the EQS are still scarce, though we know it’ll feature rear-wheel steering to compensate for its long wheelbase. Mercedes has also been coy about the car’s performance details, only revealing that the swoopy model would offer up to 435 miles (700 kilometers) of range on the generous European WLTP testing cycle. There are rumors of AMG getting its hands on the EQS, too. A rumor from earlier this year suggested an AMG EQS could arrive with more than 600 horsepower (447 kilowatts), a dual-motor setup, and all-wheel drive while supplanting the AMG S63 as the model’s top performer.

We Still Have Qs About The EQS:

News that we’ll get the EQS first jives with the roadmap Mercedes laid out earlier this month. It previewed the company’s plans to expand its AMG, Maybach, and G-Class brands while providing a handful of generalities about its EV rollout. The EQS will arrive sometime next year as a 2022 model. After that will follow that EQE and then a pair of electrified SUVs, and maybe that EQC finally, too.