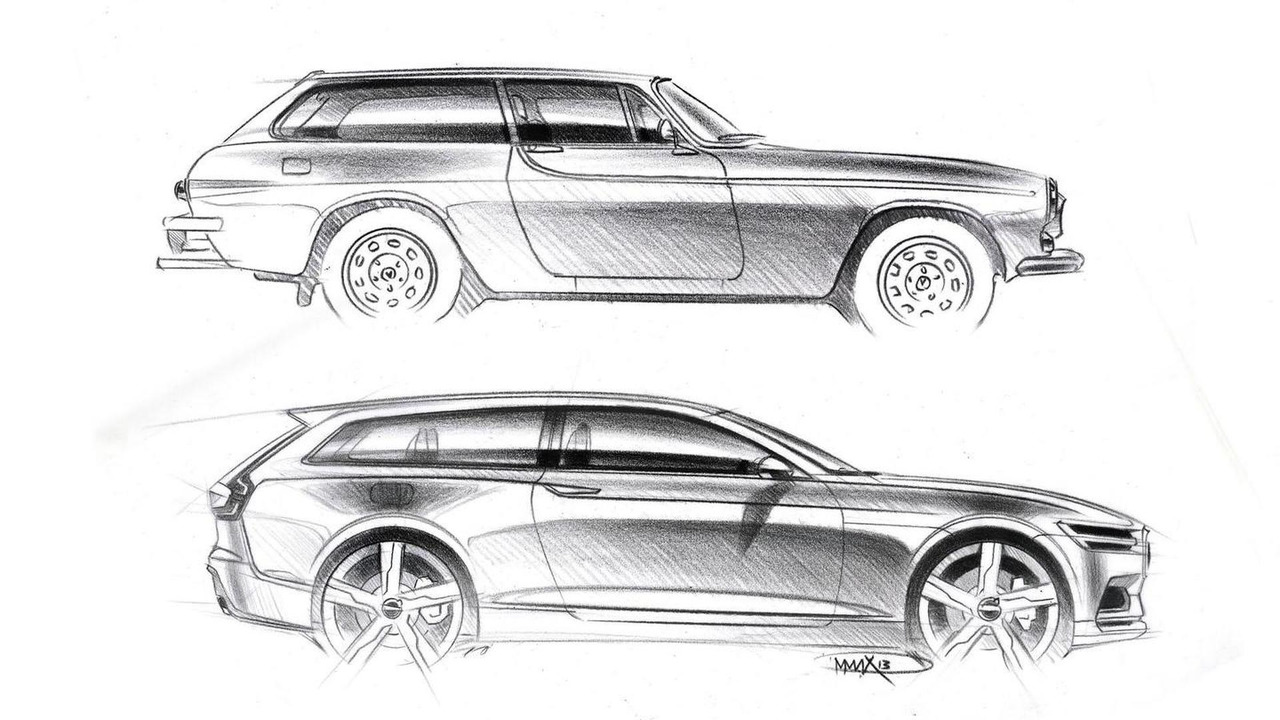 Following a teaser and several leaked images, Volvo has revealed the Concept Estate which will be shown in the metal next week in Geneva.

Following a teaser and several leaked images, Volvo has revealed the Concept Estate which will be shown in the metal next week in Geneva.

It represents the final concept part of a series which started with the Concept Coupe and continued with the Concept XC Coupe. This time we are dealing with a very attractive shooting brake body style equipped with a face that echoes those previous two concepts with a floating grille and a pair of sharp-looking headlights together with T-shaped LED daytime running lights.

The vehicle wears a dark brown pear color and rides on 21-inch five-spoke alloy wheels while the rear end is a throwback to the Volvo 1800 ES of the early 70s along with a chromed dual exhaust setup. It rides on the same Scalable Product Architecture (SPA) as the other two concepts and uses an unspecified member of the firm's new Drive-E engine range.

Step inside the clean and simple interior cabin and you will notice a tablet-like touchscreen display takes care of most controls. Volvo says you will feel like in a Scandinavian living room thanks to high-end materials such as naturally tanned saddle leather, inlays made from naturally-aged waxed wood along with machined cooper inserts. This interior serves as a preview for what to expect in terms of cabin layout from upcoming Volvos, starting with the all-new XC90 programmed to arrive later this year.

The Volvo Concept Estate will be showcased at the beginning of next week for the 84th edition of the Geneva Motor Show.