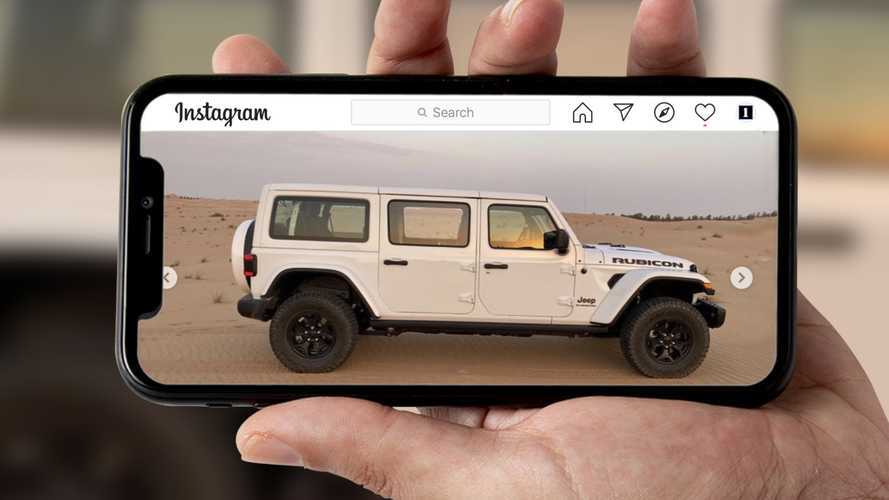 It’s like a Gladiator and a Wrangler had a baby.

Jeep's three-row SUV isn't here yet.  Jeep only recently revealed the Grand Wagoneer as a concept, and it won't hit showrooms until 2022. So what is a Jeep-loving, three-row-needing off-roader supposed to do? Build their own, duh, which is apparently what one person did because photos and video posted of it are on Instagram. It's a stellar build, too, because it looks like it came from the factory with three rows of seats.

The build looks like an extended Wrangler, but in reality, it's a Gladiator with a cab, though the craftsmanship is superb. The rear doors are the tell that this isn't stock – they're longer than what they'd be from Jeep. The side glass is also larger. The rear overhang is also shortened, falling closer in line with the Wrangler's look. Several photos on Sheikh Hamad bin Hamdan Al Nahyan's Off-Road History Museum Instagram page, discovered by our colleagues at The Drive, give an up-close look at the build. It looks like the Wrangler and the Gladiator had a beefy, off-road baby.

Photos of the interior show the Gladiator's second-row bench seat replaced by captain chairs. The third row also looks quite cramped, though larger vehicles also suffer from the same problem. We'd expect the three-row Gladiator to face the same difficulties. While it does have a lengthy truck bed, it wasn't designed for three rows of seats. That's what the role of the Grand Wagoneer is supposed to fill.

The Grand Wagoneer – and Wagoneer – will be premium options for three-row buyers, though a smaller, more off-road-oriented three-row could have its fans. There are rumors and spy photos of a smaller, three-row offering coming to the brand, but it's not a Gladiator or Wrangler. Instead, it's a three-row Jeep Grand Cherokee. It may not eat up the dirt like the Wrangler or Gladiator, but it'll likely be quite popular.