Could Americans be getting the diesel?

Sometimes, spy shots or videos don't show vehicles hidden beneath gobs of tarps or covers. Sometimes, prototypes hide in plain sight. This recently posted video clip from the crew at TFLnow shows just that – a new Land Rover Defender with a manufacturer's license plate and a prototype sticker clearly visible on the SUV's backside. Of particular interest here, however, is the exhaust system on this model.

In the States, the Defender is available with a choice of gasoline engines. The base mill is a twin-turbocharged 2.0-liter four-cylinder good for a not-too-shabby 296 horsepower (221 kilowatts) and 295 pound-feet (400 Newton-meters) of twist. The upgrade is a 3.0-liter mild-hybrid I6 that pushes out a combined 395 hp (295 kW) and 406 lb-ft (550 Nm) of torque. Both engines send their exhaust gases rearward through dual exhaust tips, one existing on each side.

However, the Defender spotted here doesn't feature that. Rather, it has a pair of exhaust tips exiting on the left side of the SUV. That means something, because across the pond, Defenders with the 3.0-liter twin-turbocharged diesel have that same exhaust setup. Overall power isn't as hefty as you get with the gasoline six, but the broad, meaty torque curve is what off-roaders dream about. 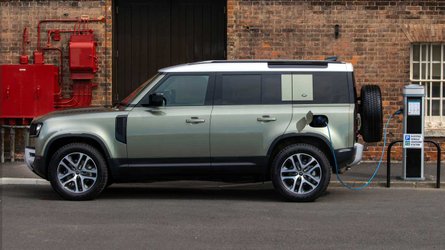 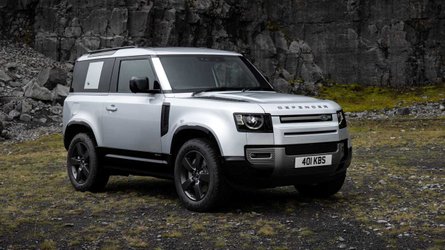 This leads us to one of two conclusions. Either this particular Defender is testing a different exhaust system for gasoline engines, or it's running a diesel. That last bit is certainly the intriguing part here, because if true, it raises an obvious question. Why is Land Rover testing a diesel Defender in the States?

To be fair, automakers test new vehicles all over the world, so simply seeing a diesel Defender prototype on a U.S. highway doesn't mean a diesel option is imminent for U.S. buyers. Still, it is a curious sighting, and there have been occasional rumors about a diesel-powered Defender coming to North America. There are also plenty of V8-powered Defender sightings, but those prototypes feature quad exhaust outlets out the back.

Ultimately, the bottom line is whether or not a diesel Defender would make sense in America. We suspect Land Rover could be trying to answer that question as well.