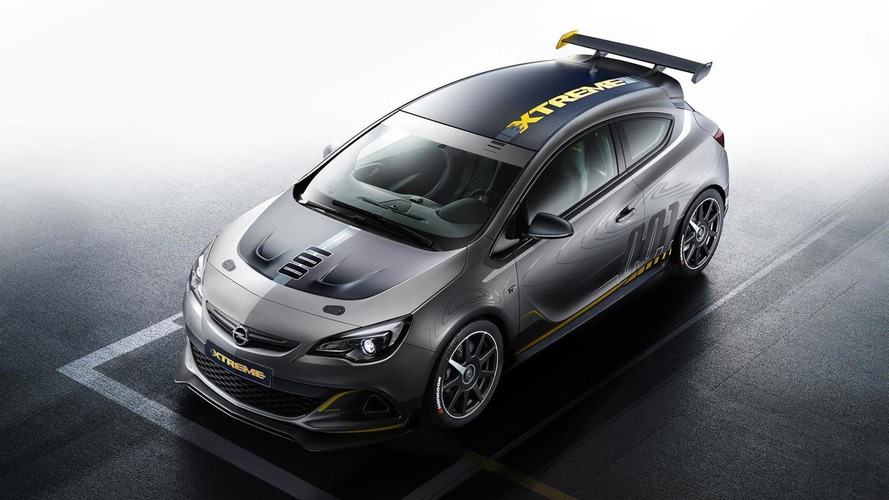 Following a couple of teaser shots, Opel has fully revealed the Astra OPC EXTREME which is heading to Geneva Motor Show next week.

Following a couple of teaser shots, Opel has fully revealed the Astra OPC EXTREME which is heading to Geneva Motor Show next week.

Described as being the fastest road-going Astra ever, the OPC EXTREME is 100 kg (220 lbs) lighter than the regular OPC variant thanks to an extensive use of carbon fiber. This lightweight material was used for making the hood, roof and the wheels which are 20 kg (44 lbs) lighter than the regular alloys. In addition, the fenders are produced from aluminum and weigh just 800 grams / piece instead of their steel counterparts which tip the scales at 2.2 kg (4.8 lbs).

Its heart and soul is a four-cylinder 2.0-liter turbocharged gasoline all-aluminum engine delivering more than 300 bhp (224 kW) sent to the front axle through a six-speed manual gearbox and a limited-slip differential. Stopping power comes from Brembo's six-piston brake system with 370mm front discs sitting behind the 19-inch alloy wheels wrapped around in specially developed 245/35 tires.

Performance figures have not been released but given the more power + less weight combo, the car is certainly faster than the regular Astra OPC which needs 5.9 seconds until 60 mph (96 km/h) on its way to a top speed of 155 mph (250 km/h).

The stripped interior has a safety roll bar instead of rear seats while up front there are Recaro bucket seats with Schroth six-point safety belts and a carbon fiber-reinforced steering wheel covered in suede with yellow stitching.

Opel has announced the Astra OPC EXTREME will enter low-volume production after its public debut set for next week at the 84th Geneva Motor Show.