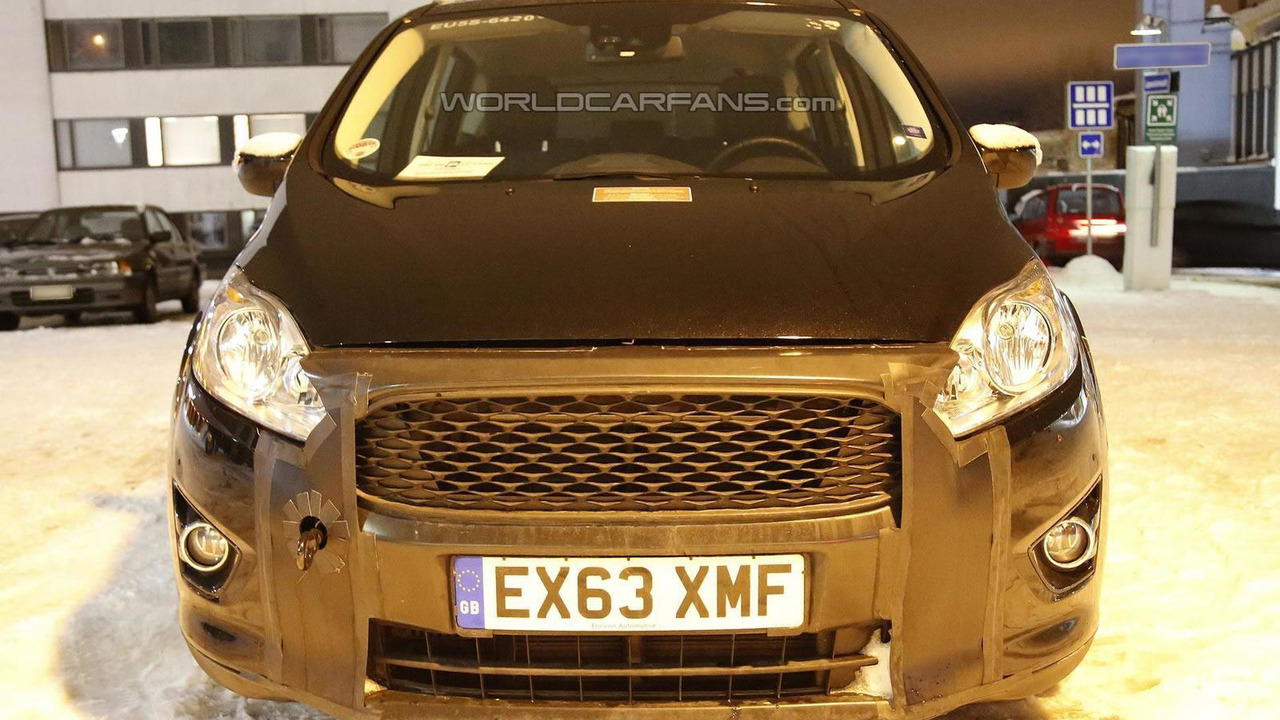 The Ford C-MAX facelift has been spied possibly one last time ahead of next week's expected official Geneva debut.

The Ford C-MAX facelift has been spied possibly one last time ahead of next week's expected official Geneva debut.

After fitting the all-new Fusion/Mondeo, facelifted Fiesta and Focus with the Aston Martin grille, Ford is about to apply the same treatment on the refreshed C-MAX. The prototype seen in these spy shots was spotted testing somewhere in northern Europe and it had camouflage only on the front fascia which indicates there won't be any other changes.

It's not very hard to imagine how the C-MAX facelift will look like after checking out official images of the C-MAX Hybrid which came out in the second half of last year. Inside the cabin it could receive the revamped infotainment system launched in the facelifted Focus where it comes with an eight-inch touchscreen color display and SYNC 2 connectivity system.