That Cadillac XT5 Limo Was Actually A Hearse In Disguise 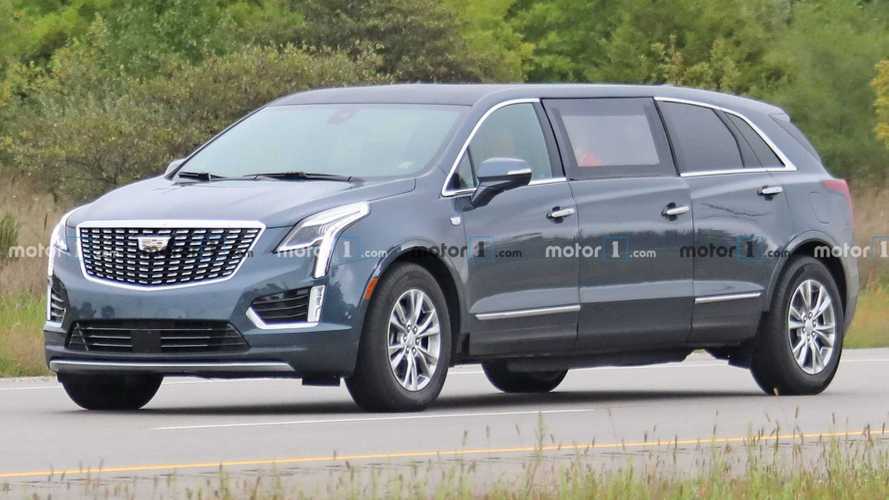 It will reportedly join the lineup for the 2021 model year.

Remember that strangely put together long-wheelbase Cadillac XT5 last month? We thought the American company was testing a new limousine based on the XT5 crossover, and that it's in the early stages of development. We also postulated that it's going to be the return of the marque to the livery segment, which the company vacated with the discontinuation of the CT6 sedan.

As it turns out, it's actually an XT5-based hearse and Cadillac Society was able to get hold of some details about the livery vehicle and its imminent availability in the automaker's lineup.

According to the Cadillac-centric publication, the XT5 hearse will be powered by a 2.0-liter turbocharged four-banger gasoline engine (LSY), available in both front-wheel and all-wheel-drive configurations.

The XT5 hearse will also have a VIN that starts with "1GE," set to be sold by Cadillac for the 2021 model year as an incomplete vehicle. In contrast, the non-hearse XT5's VIN begins with "1GY." Upfitters will then be able to transform the hearse to their hearts' desires. Based on the grille and other accents shown in the spy images, it looks like the XT5 hearse will come in either Luxury or Premium Luxury trims.

The addition of an XT5 hearse isn't official yet at the time of this writing, but this is pretty much a confirmation that Cadillac is returning to the professional livery segment. The company once offered the CT6 with a livery package, and the last Caddy to have a hearse configuration was the XTS, which had a Professional Vehicles line but had ended its production last year.

We'll see more of the XT5 hearse probably next year – if and when we see one on the road.