The hybrid system is standard though.

When the 2021 Toyota Sienna was unveiled in May this year, the main talking points were its aggressive design, standard hybrid powertrain, and optional all-wheel drive. We’ll admit the optional 20-inch wheels, refrigerator, and vacuum were even more intriguing for us but today we have bad news to share about some of the van’s coolest features.

According to a new report, the said fridge and vacuum won’t be available for the 2021 model year. The reason for that comes from the automaker’s suppliers and the news was confirmed to Roadshow by a company representative.

"Unfortunately, due to a supplier issue, the vacuum and refrigerator features will not be available at launch," a company spokesperson told the online publication. "Availability is to be determined."

Toyota’s initial plan was to offer the vacuum plus a standard storage box in the Limited trim, while the Platinum model had a fridge instead of the storage box. Unfortunately, both features won’t be available at least for the first model year of the completely overhauled MPV.

The New Sienna Versus The Competitors:

Despite supplier issues, the 2021 Sienna remains on track for a market launch before the year’s end. Its predecessor, the 2020 Sienna, has a starting price of $31,640 and we expect the new model to cost at least several hundred more.

Even the base model has a 2.5-liter engine paired to two electric motors, while a third electric motor for the rear axle is part of the AWD setup. If that sounds familiar to you, it’s because this is a very similar layout to what the RAV4 Hybrid has. 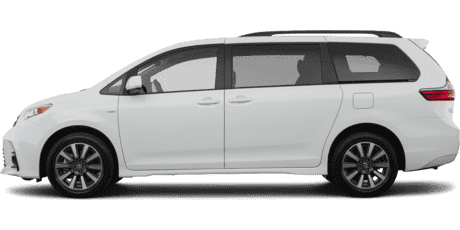