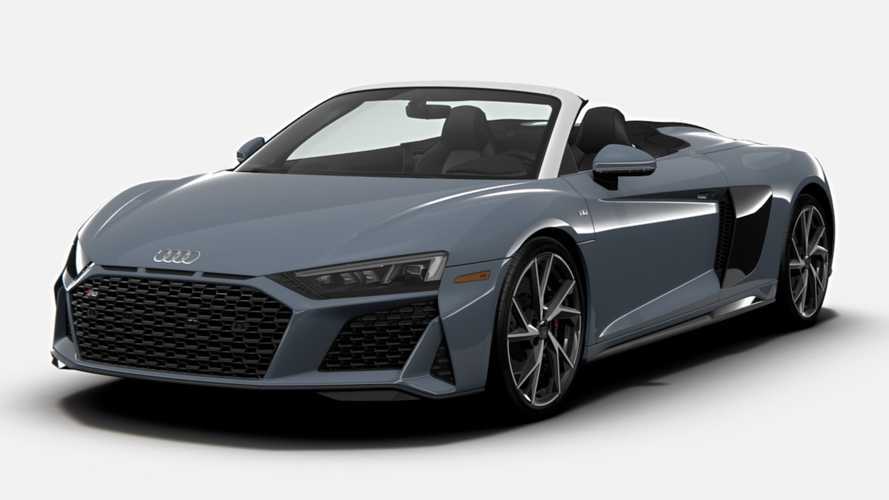 It has 70 fewer horses than its AWD sibling.

By canceling the base R8 model back in mid-July, the only way to get behind the wheel of the naturally aspirated machine was by stepping up to the Performance version. Fast forward to today, there’s now a more accessible way to own the fabled mid-engined supercar, as long as you don’t mind losing some power and the Quattro all-wheel-drive system.

Meet the R8 RWD, which comes as a natural evolution of the limited-run R8 RWS, only this time the new member is a permanent fixture in the lineup. It dials down the glorious 5.2-liter V10 to 532 horsepower, which represents a decrease of 70 Ingolstadt-bred horses compared to the aforementioned Performance trim. Torque sees a drop as well, from 413 lb-ft to 398 lb-ft. On the flip side, getting rid of the prop shaft, differential, and other AWD-related bits means the tail-happy machine is lighter than its all-paw sibling.

Available in both Coupe and Spyder body styles, the newest flavor of the R8 isn’t actually that much slower than the Quattro version. The version with the fixed roof takes 3.6 seconds to hit 60 mph from a standstill whereas the convertible needs an extra tenth of a second. Both require an extra 0.4s in the sprint compared to their AWD-equipped cousins. The top speed has taken a marginal hit, going down by 4 mph to 201 mph for the Coupe and 200 mph for the Spyder.

Audi wishes to point out that aside from removing Quattro and using a lower specification of the FSI engine, it has made additional changes for the R8 RWD. The chassis has been specially adapted, featuring solid rear axles instead of hollow ones, along with a stiffer front anti-roll bar and an increase in rear negative camber. The latest iteration of the Lamborghini Huracan’s sister model boasts electromechanical power steering, which promises a thrilling experience “free of torque steer.”

Needless to say, what makes the rear-wheel-drive R8 even more enticing is the significantly lower price tag compared to the Quattro model. The Coupe will set you back from $142,700, thus making it a whopping $54,000 cheaper than the more powerful all-wheel-drive derivative. Go for the Spyder and Audi wants $154,900, representing the same price drop as with the hardtop model.

Audi will have the dynamic duo at dealers this winter. So far this year, sales of the R8 in the United States are down by three percent to 395 units through the first three quarters of 2020.

Get Up To Speed With The Audi R8: