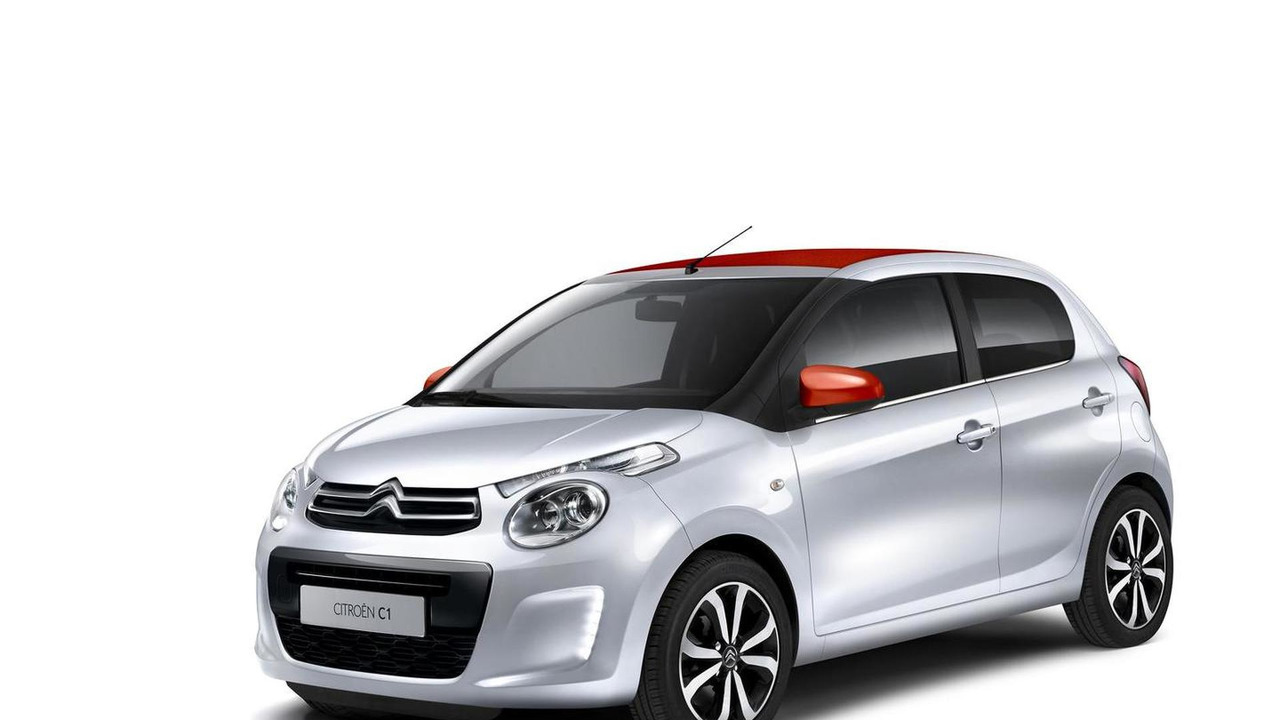 Citroën has released images and preliminary details with the second generation C1 set to be showcased next week at Geneva Motor Show.

Citroën has released images and preliminary details with the second generation C1 set to be showcased next week at Geneva Motor Show.

Developed alongside the already revealed second-gen Peugeot 108, the new Citroën C1 looks a lot different than its predecessor with a striking front fascia encompassing a rather odd headlight configuration with big rounded lights reminding us of the Nissan Juke. The rest of the car clearly mimics the new 108 and provides the vehicle with a more premium appearance.

The 2014 Citroën C1 is 3.46 meters long, 1.62 meters wide and has a 4.8-meter turning circle. Just like its French counterpart, it will be sold in three- and five-door body styles as well as an open-top with the "Airscape" nameplate (the Peugeot is called 108 TOP!) and a roll-back fabric roof.

It tips the scales at just 840 kg (1,851 lbs) and will be offered with eight exterior paint schemes as well as with a couple of two-tone finishes. Citroën hasn't released photos of the cabin but expect to find bright colors and body-colored inserts in the door panels along with a seven-inch touchscreen display with Mirror Screen technology to control smartphone apps right from the screen. Other goodies include a reversing camera, hill-start assist and hands-free entry & drive.

Details about engine options have not been disclosed but the French marque says the new C1 will be "shipping with new-generation petrol engines" which will enable the model to be "among the best in class for fuel consumption and CO2 emissions."

Aside from the 2014 Citroën C1 and Peugeot 108, at the Swiss show we will also see the Japanese counterpart of the French duo, Toyota's all-new Aygo.