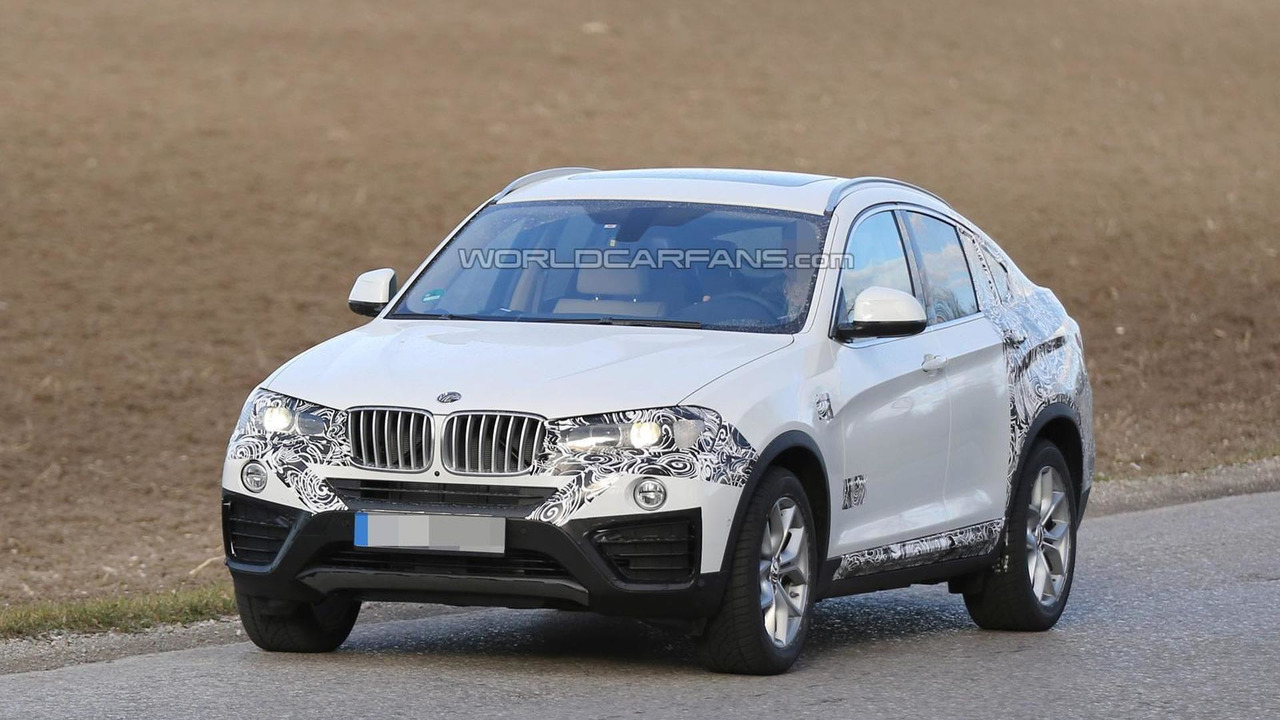 A prototype of the BMW X4 was caught on camera by our spies during the crossover's final testing phase.

A prototype of the BMW X4 was caught on camera by our spies during the crossover's final testing phase.

Back in April last year BMW unveiled the X4 concept announcing a new compact crossover from the Bavarian marque. That car is about to show its production face as a prototype wearing minimal camouflage was spied revealing a design heavily influenced by the X6 and the aforementioned X4 concept. The vehicle is essentially an X3 with a more coupe profile and a slightly more aggressive front fascia equipped with generous air intakes.

Engine lineup will most likely be taken over from the X3 while production will take place in Spartanburg, South Carolina. The BMW X4 could be unveiled in April at the New York Auto Show or later this year in October at the Paris Motor Show.

Chances are this won't be the last X model from BMW as in 2017 there could be an X2 based on the next-gen X1 following the same recipe as the existing X6 and forthcoming X4.