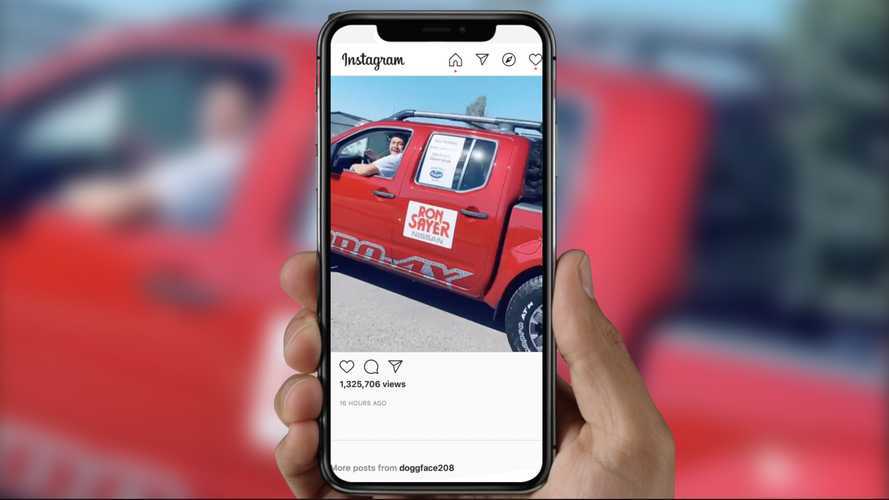 The Idaho man got a new Nissan Frontier.

Going viral is fleeting in 2020, digital lightning in an endless stream of storms vying for our attention. But if you’ve been on social media at all in the last week, then you’ve probably seen the video of a man cruising on his longboard, drinking Ocean Spray juice from the jug, and vibin’ to Fleetwood Mac’s Dreams. It was a nice distraction from 2020’s chaos, a bright spot of online culture that’s only getting brighter.

The viral video has garnered the Idaho Falls, Idaho, man, Nathan Apodaca, 26.8 million views on TikTok, a copious supply of Ocean Spray juice, and a new pickup. After the video began to spread, Ocean Spray representatives gifted Apodaca the new Nissan Frontier Pro-4X. If it’s the 2020 model, it features the automaker’s new 3.8-liter V6, making 310 horsepower (213 kilowatts) and 281 pound-feet (380 Newton-meters) of torque, that pairs with a new nine-speed gearbox. It’s bright red with loud Pro-4X graphics along the bottom of the doors and the edge of the bedsides.

As the video went viral, people began to lean that Apodaca lived in an old RV with no running water. Online strangers have raised more than $10,000 for the man. According to a TMZ.com interview, Apodaca plans to surprise his mother with half of the money and fix up his car – which is why he was using the longboard. He also intends to renovate his motorhome.

Nissan’s Getting A New Frontier:

The video has spread across social media as millions have watched the lip-syncing longboarder. The same video posted to Apodaca’s Instagram has garnered another 6.3 million views, while countless imitation videos have been uploaded. One such video came from Fleetwood Mac co-founder Mick Fleetwood himself. He joined TikTok solely to recreate Apodaca’s video, a digital blessing, helping further its spread online.