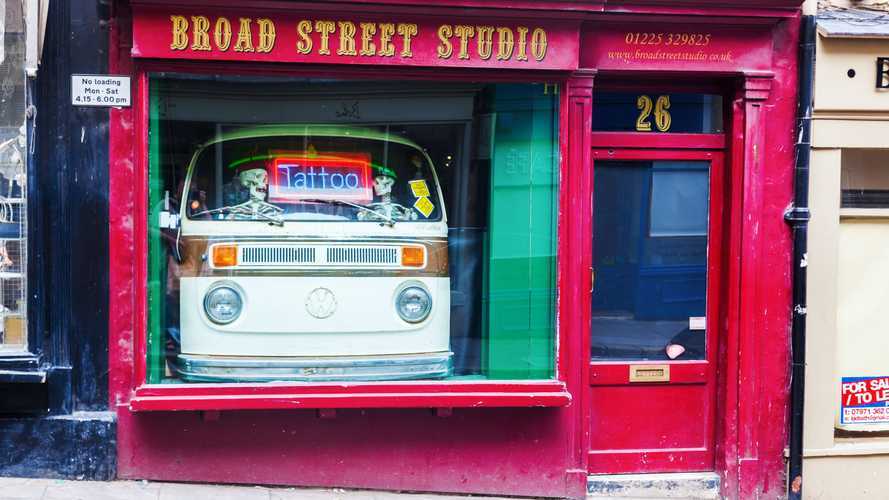 Friends, it's time for weird news Wednesday. Not that tattoos are weird, but they are rather permanent and that can be a bit daunting for some. That's especially since the love for a car can drastically change after just a couple of bad experiences. Of course, being Motor1.com we absolutely understand the passion from auto enthusiasts for specific brands. Combine that with a bit of ink, and well, you see where this is going.

Before we go too deep down this rabbit hole, know that the study behind this info isn't exactly scientific. The folks at Compare The Market took a deep dive into Instagram posts for a literal look at the car tattoos 'grammers were posting about. The study doesn't mention how many posts were evaluated, and the methodology was a fairly simple process of searching tags for various brands and models along with the word tattoo. Hey, we're talking about car tattoos here – we'll leave the super-scientific number-crunching studies for things like speeding and crash data. This is purely for the fun of it.

And as you've already seen from the headline, Volkswagen is the subject of more car tattoos than any other automaker. What the headline doesn't say, however, is just how big of a margin there is to the runner-up. In fact, the difference is more than double, with 5,507 posts logged for VW ink versus just 2,132 for second place.

What A Weird Wonderful World:

'Insane' Person Has Owned 42 Volkswagens In His Lifetime
⠀

Bumper On, Bumper Off: Dude Shows Incessant Dedication To His Car

And what comes in second? Why that would be Jeep of course. Curiously, Cadillac was third at 1,775 posts, followed by Pontiac at 1,609 and Chevrolet at 1,417. GM fans sure do love tattoos, but even if you add Caddy, Chevy, and Pontiac together, VW still comes out on top as the brand most likely to get inked on an arm. For the record, the total list includes 20 brands and Lamborghini holds the last spot with just 74 posts. Perhaps Lambo owners don't have enough cash left over to afford a tattoo?

The study also includes specifc vehicles that are the most popular, but post counts are decidedly lower. The top-five is also quite a shakeup from the automaker list, with the Chevrolet Impala leading the way at 823 posts. The DeLorean comes out of nowhere to take second with 800, followed by the Corvette at 180. Despite ranking at the top as a manufacturer, VW holds fourth place here with the Beetle, and another suprise appearance is the Mini Cooper in fifth.

Hit the source link below for the full list of tattooed automakers and models.