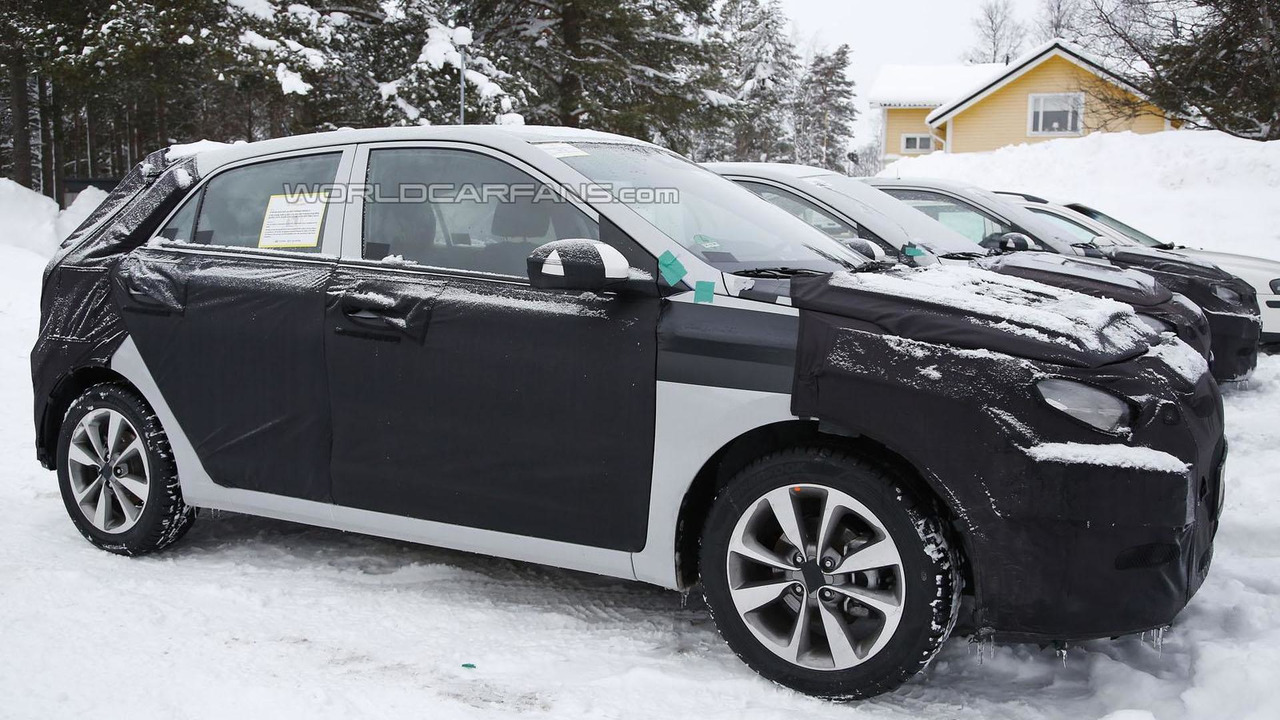 Our spies have managed to snap some new pictures of the 2015 Hyundai i20.

Our spies have managed to snap some new pictures of the 2015 Hyundai i20.

Caught in Northern Europe, the prototypes are heavily disguised but appear to feature a stylish exterior with a larger grille and sweptback headlights. We can also see restyled mirrors, an upward sweeping beltline and attractive alloy wheels.

It's hard to judge from the pictures but the i20 could be larger than its predecessor to help distance itself from the 2014 i10 which also grew in size.

Under the hood, petrol options are expected to include a 1.0-liter three-cylinder and a 1.25-liter four-cylinder. There could also be three- and four-cylinder diesels with displacements of 1.1- and 1.4-liters. Should those fail to impress, rumors have suggested Hyundai could be working on a more powerful N performance variant.