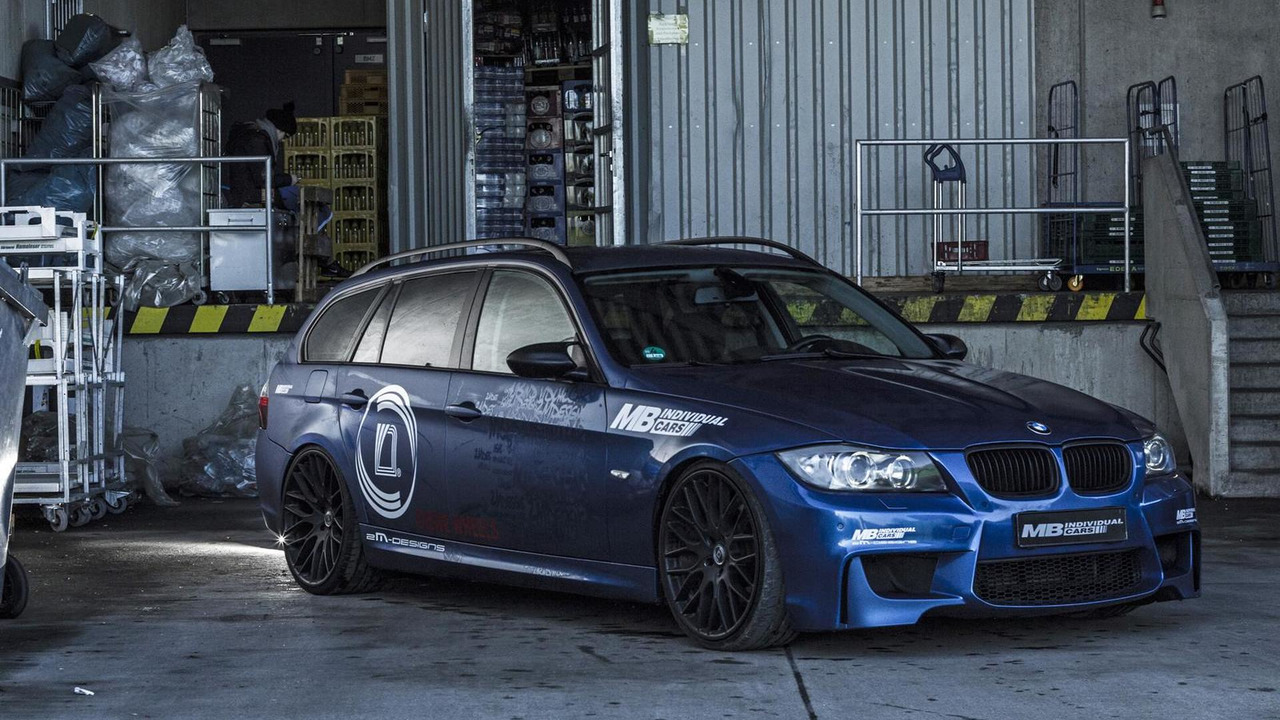 MB Individual Cars has just released an upgrade kit for the BMW 335i touring (E91 generation).

MB Individual Cars has just released an upgrade kit for the BMW 335i Touring (E91 generation).

The Bavarian tuner took a sapphire black 335i Touring and applied a matte blue metallic exterior wrap and they also tinted all windows after the B-pillars. The rear diffuser has also received a bi-color wrap, while on the inside there's also a partial wrap to complete the look. Other exterior changes include a front bumper derived from the 1-Series M Coupe, hood from the facelifted model, M side sills and diffuser, as well as LED headlamps and Blackline taillights.

Stock wheels had to be dropped in order to make room for a new set of 20-inch alloys shod in 235/30 ZR20 front and 265/25 ZR20 Hankook EVO S1 tires. H&R wheel spacers were installed at the front where the edges of the wheel arches were modified and behind the wheels the wagon's brake calipers have been painted in black.

The most important change has occurred under the hood where the inline-six 3.0-liter engine has received a new piper cross air filter, along with a different middle muffler and end pipes which have increased output from the series 306 HP (225 kW) to 400 HP (294 kW).