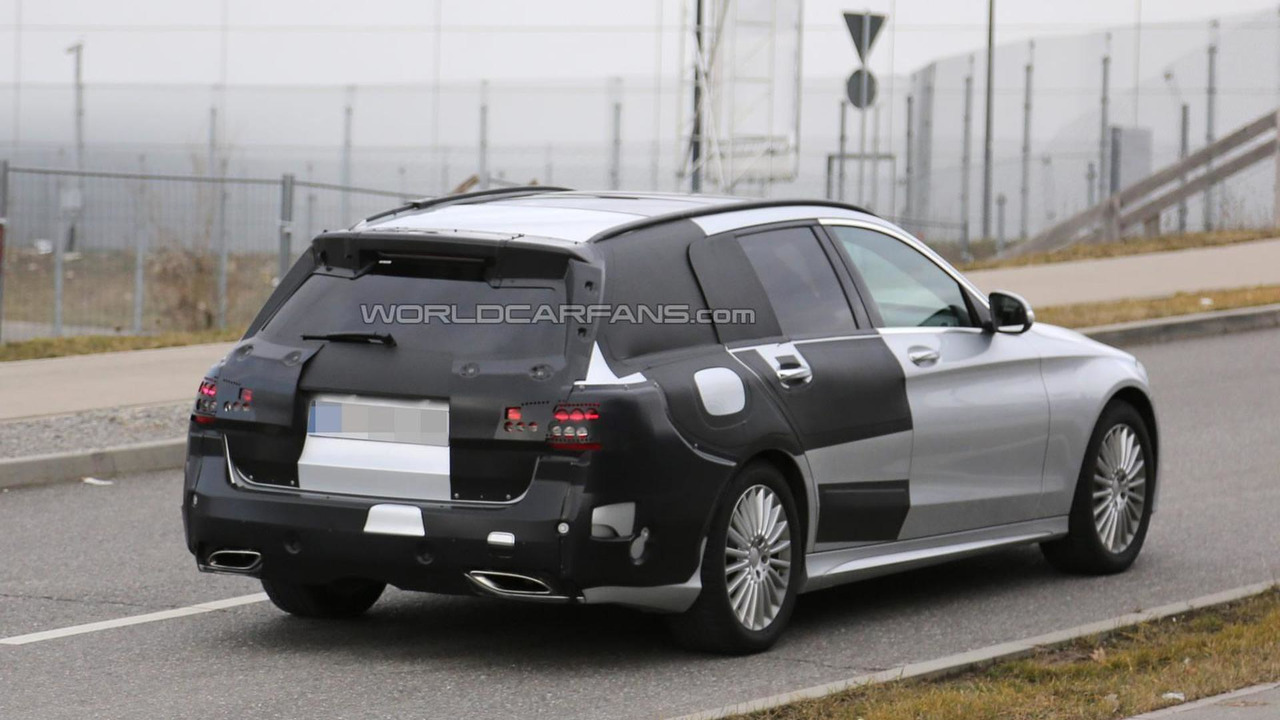 A less disguised prototype of the Mercedes-Benz C-Class Estate was spied conducting some last minute testing ahead of an imminent official reveal.

A less disguised prototype of the Mercedes-Benz C-Class Estate was spied conducting some last minute testing ahead of an imminent official reveal.

The most obvious modification compared to the C-Class sedan is at the back where the Estate will look considerably different than the outgoing version and will likely be able to carry more cargo so expect a capacity beyond the 485 liters with the seats up and 1,500 liters with the seats down offered by the W204 generation wagon.

The vehicle will ride on the MRA platform which means that despite a slightly increased size it will be a tad lighter. Engine lineup will be borrowed from the sedan, including a hot V8 4.0-liter twin-turbo engine with at least 450 HP (331 kW) which will power the rumored C63 AMG Estate. While the AMG version will be RWD only, the regular C-Class Estate will be optionally available with a 4MATIC all-wheel drive arrangement.

Chances are Mercedes-Benz will introduce the second body style of the W205 C-Class in early March at the 84th Geneva Motor Show.