It's not exactly hot but at least it's not ugly.

Way before the crossovers and SUVs were what they are today, Pontiac experimented with a model thаt eventually earned the status of one of the ugliest cars in the history of the automobile industry. With the Aztek, chief designer Tom Peters wanted to start a design renaissance at GM and to "make a statement about breaking from GM's instinct for caution.” Unfortunately, his design wasn’t for everybody, to say it gently.

The Pontiac brand was pulled after the 2009 model year with the very last car from the company being a G6 sedan manufactured in January 2010. No one is talking about it anymore except for one designer that goes by the name of wb.artist20. On his Instagram profile, he has recently uploaded his attempt to make the Aztek more appealing.

The rendering you see here is based on the Chevrolet Trailblazer - one of the fastest-selling new cars in the United States right now. There aren’t many visual resemblances between the two crossovers but if you take a closer look, there’s actually a good connection. Take for instance the two-row lights at the front or the massive C-pillar on the Trailblazer that reminds us of the Aztek’s rear side window. 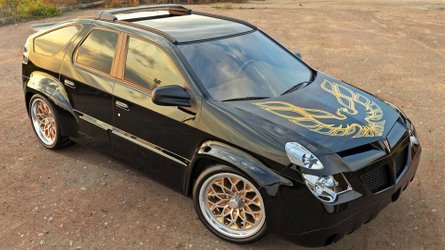 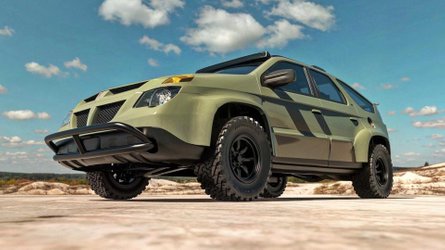 Someone Rendered A Pontiac Aztek Off-Roader And We're Digging It

With a few touches here and there, including reshaped headlights and the addition of the said window, the Trailblazer inherits the spirit of the original Pontiac Aztek. Whether that’s a good or a bad thing - we’ll leave to you, but you have to admit this attempt is worth your attention.

Actually, in recent years, the Aztek has been a regular guest on our pages as many designers are trying to “fix” it with virtual drawings. If you want to see more of these renderings, hit this link and enjoy the work.