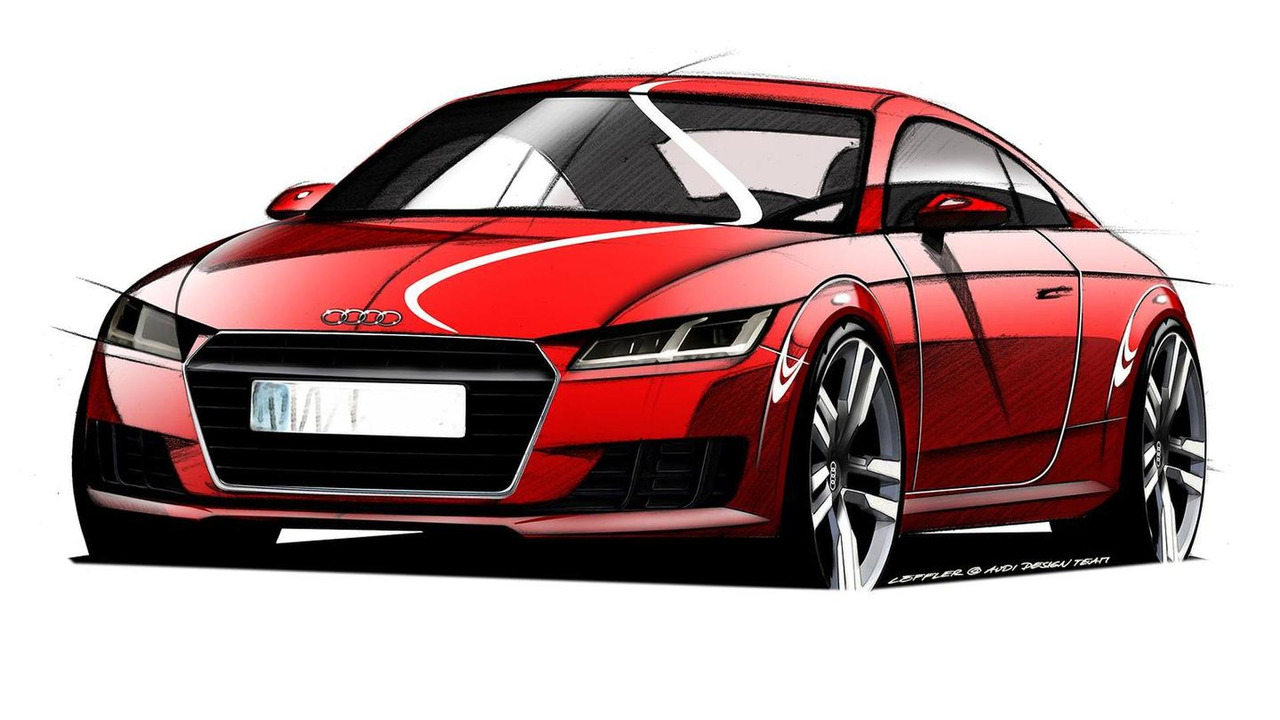 Audi has released a couple of design sketches previewing the third generation of the TT set to be unveiled in a couple of weeks at the Geneva Motor Show.

Audi has released a couple of design sketches previewing the third generation of the TT set to be unveiled in a couple of weeks at the Geneva Motor Show.

The new TT won't stray away too far from the current model in terms of styling as the coupe's design will be an evolution with cues taken from the range-topping R8 supercar. Overall, the car will look sharper and will adopt LED headlights and taillights as seen in many of our previous spy photos.

The four-ring Audi logo has been moved from the upper front grille to the lower section of the clamshell hood. We also notice wide wheel arches, a prominent shoulder line that runs the entire length of the flanks, along with a sloping roofline and a liftback-like tailgate.

Riding on Volkswagen Group’s MQB platform, the all-new Audi TT will be powered by familiar 4-cylinder transversely-mounted turbocharged gasoline engines along with a 5-cylinder outputting around 380 HP (279 kW) in the flagship TT-RS. Engines will be connected to a standard manual six-speed gearbox or an optional dual-clutch S tronic six-speed transmission, while an all-wheel drive system will cost extra.

Audi revealed the cabin in January at 2014 CES where they showcased the large 12.3-inch TFT display along with the circular air vents which will come with built-in climate control knobs. Also inside will be a revised center console, S sport seats, aluminum inserts and a flat-bottomed steering wheel.