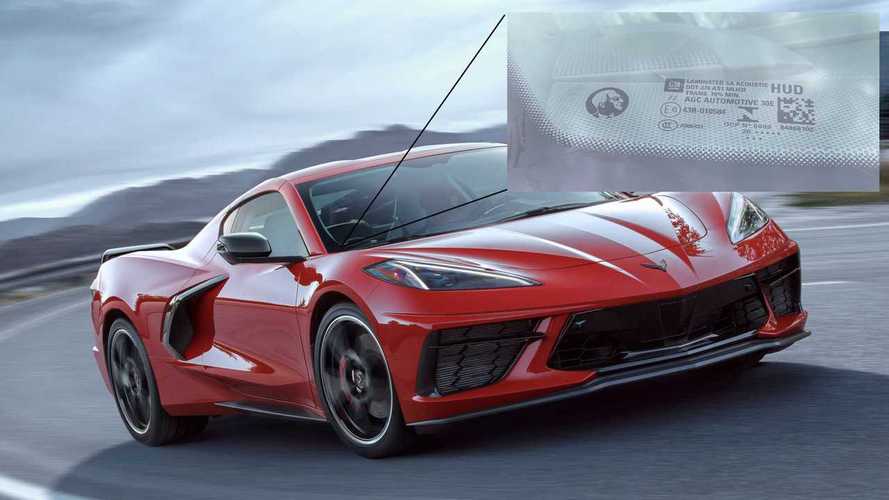 There's also a Team Corvette logo on the glass.

If we've learned anything about Corvette owners through the years, it's that they enamored with neat little details. Now, there's a new detail for 2020 Corvette owners to get excited about. Or rather, 2020 owners getting their cars late in the run might get excited. Early C8 buyers might simply get jealous.

Look closely at the windshield of late-run 2020 Corvettes and you'll see a man's head on the lower passenger side corner, with Team Corvette showing up on the driver side corner. This discovery was recently made by Kerbeck Chevrolet in New Jersey on a recently delivered C8. Kerbeck is the largest Corvette dealer in the world so they see fresh 'Vettes on a regular basis, and this new Easter egg was found on the highest-VIN model they've seen thus far.

We were curious about this addition and contacted General Motors to ask about it. A spokesperson confirmed that it's something recently added to the C8, and it will appear on all Corvettes going forward.

Of course, the small head is the likeness of Zora Arkus-Duntov. Widely regarded as the Father of the Corvette, he injected serious performance into the C1 and C2 models during his GM tenure, and fostered the original idea for a mid-engine version of the sports car. It would be over a half-century until his vision was finally realized in a production model, and Chevrolet is certainly keen to give credit where credit is due. We saw Zora's likeness incorporated into the camo wrap of C8 test vehicles, and the ultimate version of the C8 with 1,000 horsepower is expected to carry his name as the Corvette Zora.

Perhaps a bigger question now is, how will Corvette enthusiasts take to the early C8s not having this Zora-branded windshield? We suspect there will be owners coveting the windshield for sure, but knowing that it will be offered on all Corvettes going forward, the early-production cars could get a neat bump in collectivity similar to the split-window C2 from 1963. Ultimately, only time will tell the tale.