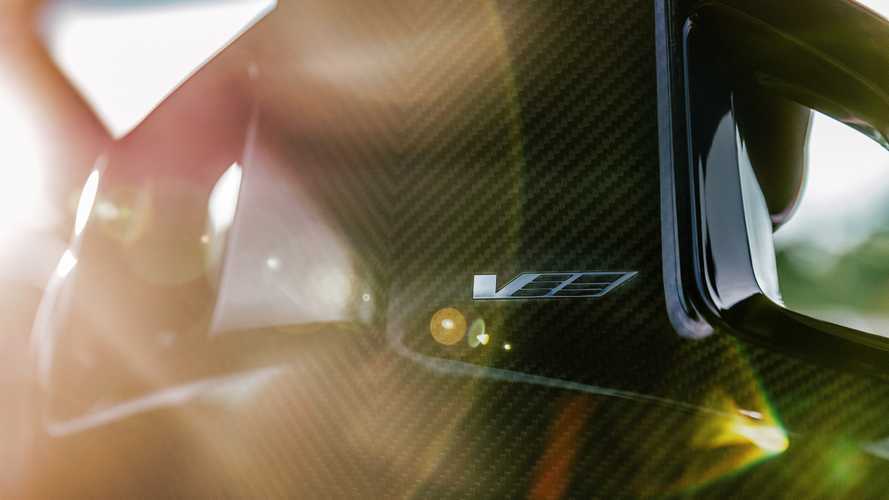 The company doesn't say whether these will also be available for the smaller CT4-V Blackwing.

Little by little, the pieces of the CT5-V Blackwing puzzle are falling into place. After previously announcing the availability of a manual gearbox and hinting at a 200-mph top speed, Cadillac has dropped another juicy tidbit. America’s answer to the BMW M5 and Mercedes-AMG E63 will have a pair of body-hugging front seats with a carbon fiber shell to shave off weight.

While the teaser image doesn’t reveal much, Cadillac says these lightweight seats with the laser-etched V-Series logo have “other customer-centric innovations and features” that will be revealed later in the teaser campaign. There are two openings flanking the fixed headrest and these seem to have glossy black surrounds.

As a refresher, the range-topping CT5 won’t actually have the “Blackwing” engine despite the car's official name. Instead, it’ll reportedly boast a supercharged 6.2-liter V8 with somewhere in the region of 650 horsepower. And yes, you’ll be able to row your own gears as there will be a clutch pedal. The smaller CT4-V Blackwing is also getting a DIY gearbox, but will downsize most likely to a turbocharged V6 with less power.

Cadillac says the CT5-V Blackwing will go on sale next summer, but reminds us the amped-up sedan will have limited availability. Meanwhile, the CT5-V remains the temporary top dog in the family, complete with a twin-turbo 3.0-liter V6 producing 360 horsepower (265 kilowatts) and 405 pound-feet (550 Newton-meters) of torque. It sends power to the rear wheels or an AWD system via a ten-speed automatic transmission, which will also be available as an option for the spicy Blackwing.