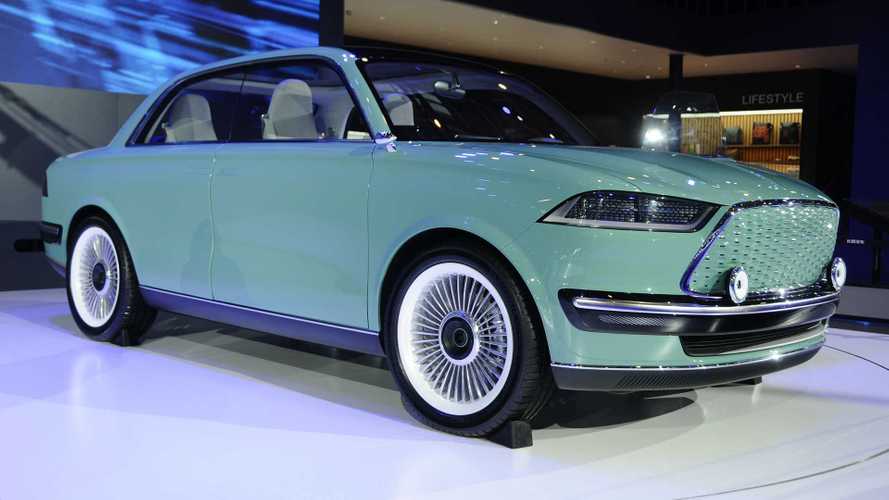 The retro Chinese sedan could go into production.

2020 might go down in history as the year that killed the big auto show. Following the Chicago Auto Show in February, every major event has been canceled except for one. China's capital city of Beijing reportedly has coronavirus under control and the 2020 Beijing Motor Show is happening right now. Attendance from automakers is obviously down, but that helped this teal colored, retro-tastic sedan to stand out in the smaller crowd.

It comes from Great Wall Motors, specifically the all-electric Ora brand. Ora is still shiny and new, having launched in 2018 with its first vehicle, the iQ compact crossover. The boxy Adora city car followed last year, but this compact sedan looks nothing like its siblings. It's called the Futurist Concept, and there's no denying the face of this car bears a striking resemblance to another electric vehicle, the Ford Mustang Mach-E.

Whether that was intentional or merely an accident is unknown. It certainly makes for an odd vehicle though, because the rest of the Futurist adopts a rather retro flavor. We see classic British and Japanese small sedans in its profile, which isn't necessarily a bad thing. Inside is decidedly retro with the dash looking like something from the late 1950s, at least until you see the floating infotainment screen in the middle.

We don't have information on its powertrain. Presumably it would be an electric vehicle similar to other Ora models, but it ultimately could hit the streets as a plug-in hybrid or even with standard internal-combustion power. If that happens, this concept likely wouldn't stay with the Ora brand, but the takeaway is that Great Wall seems rather committed to bringing the Futurist to production. We're told this is a near-production prototype, but as with so many concepts in the Chinese market, it's hard to know exactly what near-production really means.

In any case, the Futurist is a handsome machine that might work well as a budget EV with some character. We'll be curious to see how this pans out in the months and years to come.