It reportedly makes less power than the previous 2.0T.

When the refreshed Equinox debuted, Chevy initially said it would be available with a 1.5- and 2.0-liter turbocharged four-cylinder. The company later reversed course by deciding only to offer the smaller engine for the 2021 model year.

According to GM Authority, the Equinox and Terrain will use GM's 2.0-liter turbocharged four-cylinder that goes by the internal designation LSY. This engine is already available in vehicles like the Cadillac XT4 and Chevrolet Blazer. In this application, expect the powerplant to make 237 horsepower (177 kilowatts) and 258 pound-feet (350 Newton-meters) of torque.

The 2.0-liter turbo previously available in these models was a bit more powerful making 252 hp (188 kW) and 260 lb-ft (353 Nm). Despite being a bit down on power, the LSY engine reportedly has lower emissions and better refinement than the other mill.

The Latest News On The Equinox And Terrain: 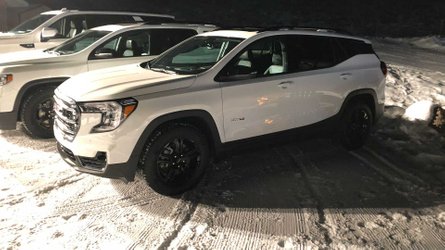 2021 GMC Terrain AT4 Makes Unexpected Debut To Complete The Lineup 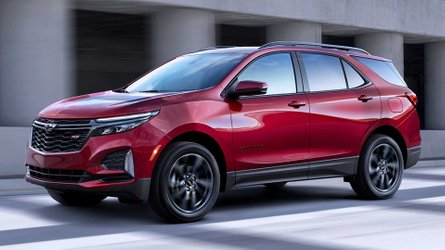 Amid the factory closures for the COVID-19 outbreak, General Motors elected to push back the introduction of several vehicle updates during the year, including the ones for the Chevy Equinox and GMC Terrain.

So far, there are only spy shots of the refreshed Terrain. It wears updated headlights with vertically stacked lamps on each side. The grille is larger, too. At the back, there are slightly different taillights. Unfortunately, there are no photos of the cabin yet for us to see the tweaks. A debut date for the updated GMC crossover isn't yet available.