This Adorable Chinese Minivan Does Its Best VW T1 Impression 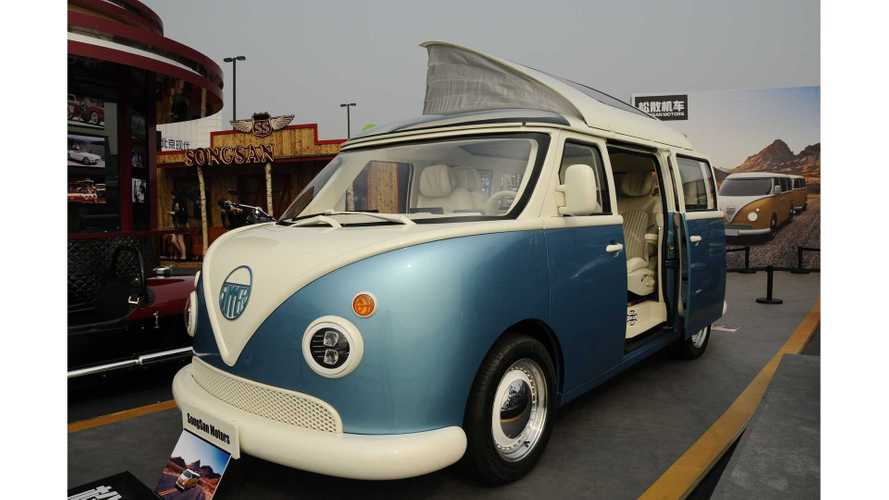 And has a PHEV powertrain.

Earlier today, we took you on a virtual trip to China for the unveiling of the Songsan SS Dolphin, a modern-day knockoff of the Chevrolet Corvette C1. We just discovered that yet another vehicle of the same brand is making a debut during this month’s Auto China 2020.

Meet the Songsan Motor’s Summer bus which is - obviously - “inspired” by the classic Volkswagen Transporter T1. It’s not a direct copycat but there are more than obvious resemblances between the new model and its original predecessor. Not only that, but it seems to be drawing inspiration from the T1 Westfalia.

The Summer is not an actual campervan but there’s a foldable roof tent of some sort. We don’t have interior photos of the van but we suppose there’s a foldable bed on the roof. Other than that, it’s a standard passenger cabin with electrically controlled and rotatable rear seats. It seems that the interior can accommodate up to seven passengers.

The VW T1 Never Gets Old:

Volkswagen T1 transformed into a 530 PS monster for Worthersee

According to information from Autohome, this vehicle is still a prototype. It is reportedly powered by the same powertrain that’s under the hood of the SS Dolphin, namely a 1.5-liter plug-in hybrid system. In the retrotastic sports car, the electrified mill provides an impressive 0 to 62 miles per hour (0-100 kilometers per hour) acceleration time of just 4.9 seconds.

If we can give our two cents, this is not just a shameless ripoff. Yes, the relation with the T1 is strong but at least they’ve spent the time to modify the proportions and add a few unique touches to the exterior and interior in order to make something that’s (almost) unique.

A production version of the Summer is planned for a market release towards the second half of next year. The model will be available only in China.