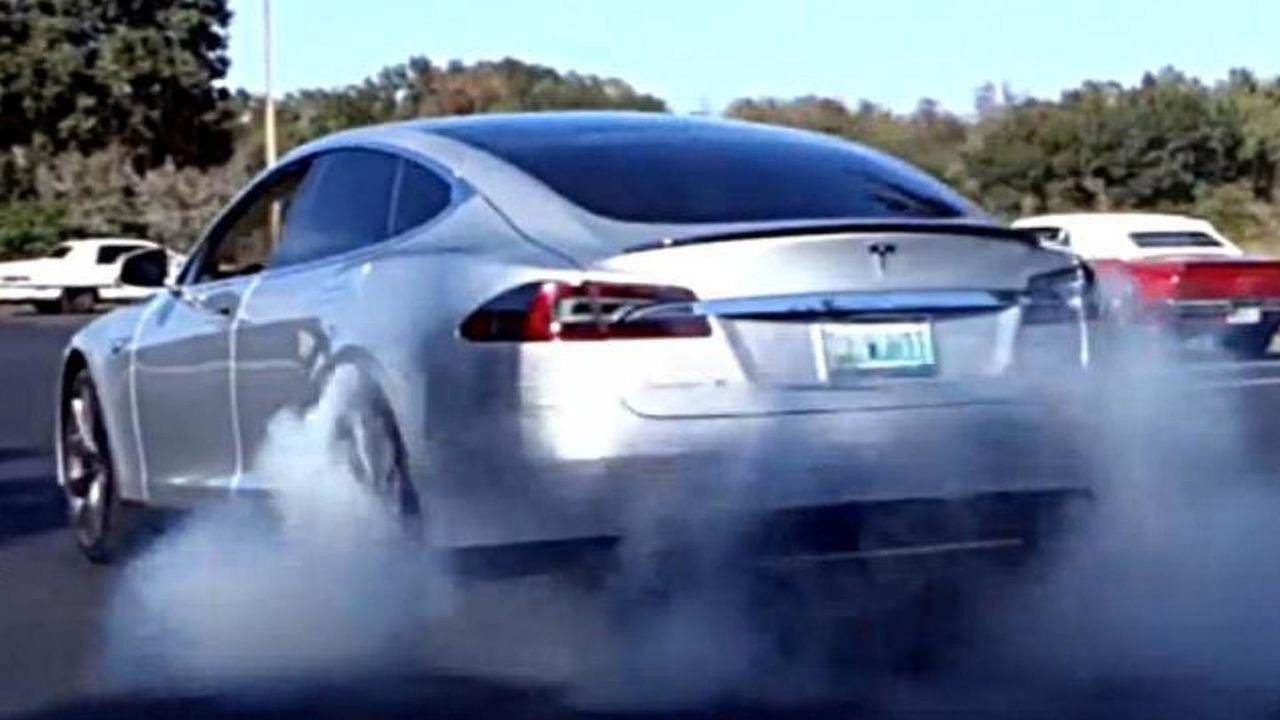 As crazy as it sounds, smoky burnouts can happen with no engine roar.

As crazy as it sounds, smoky burnouts can happen with no engine roar. For example, Tesla Model S is the perfect tire-burning car that sounds like a microwave.

But what if you can choose from the super modern and high-tech Model S, and 1968 Pontiac Firebird 400 Convertible for your weekend burnout machine?

As the owner of both cars, William Hawkins II, states:

"Disabling traction control on the Tesla only allows you to get to a certain level of crazy. In order to completely back down the safety systems, you must pull a fuse. The car has so much raw power, however, that it immediately becomes far too much to handle for the space that I was in. These are tiny yet fun burnouts. (FYI - I had an appointment to have the tires replaced within the hour, so I figured I would vaporize a bit of rubber beforehand!)"

Raw electric power or noisy American muscle - which one is your choice?