Ford is hopeful of sales conversions.

The way things are going, Ford is still on a high from their successful launch and post-event dealer numbers of the Ford Bronco. The Bronco is still enjoying a lot of buzz, with a ton of reservations coming in as the timeline for when the actual vehicles hit dealers already is pretty much on track. Those who are waiting to get their hands on one will have a lot to look forward to, and our current experience with the vehicle has been extremely positive. Of course, reservations aren't a sure thing, but Ford is hopeful that a majority will be sales once the Bronco starts hitting showroom floors.

According to Automotive News, Ford has reached out to its U.S. retail network via video to lay out the allocation process for the eagerly anticipated Ford Bronco. Pre-production units are already being built at the Michigan Assembly Plant this week, and Ford had already announced that the build and price website will go live by October. By December and into January, Ford wants dealers to have their customers convert their $100 refundable deposit into sales, getting accessory purchases, and finalizing financing options. Ford has also said that customers will get a time frame on their vehicle's completion date by the end of the first quarter of 2021.

The Latest News On Bronco: 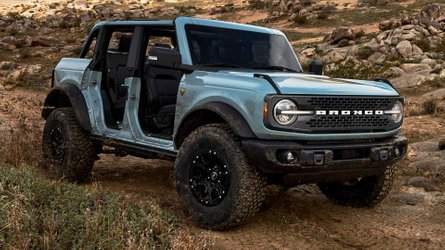 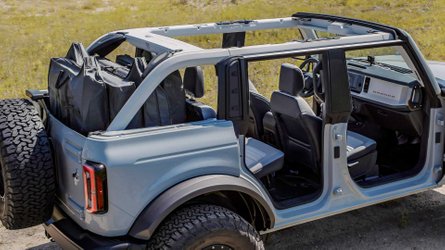 According to Mark LaNeve, Ford Vice President of U.S. marketing, sales and service, stated that he initially expects over 75% of the refundable deposits to be converted to sales. He also stated that he also expects the conversion rates to fall for people who have to wait longer for their Bronco, with Ford filling reservations well into 2022.

Dealer allocations will depend on previous SUV sales performance, market size, and the number of converted orders. "We're really trying to have an equitable and fair process for allocating to dealers," LaNeve said. "We have dealers that will get hundreds of Broncos allocated to them in 2021 and you go from there. Bigger dealers with lots of reservations will generate the most allocation, but we're going to try and take care of every dealer who has reservations."

Before the coronavirus pandemic, Ford officials indicated that they expect sales of the Bronco family of vehicles to hit at least 200,000 in 2021. This includes the two- and four-door versions of the Bronco as well as the Bronco Sport.