Next Ford Ranger Raptor To Face A Tough Rival In The Toyota GR Hilux?

A hot rivalry is brewing on the horizon.

Rumors of an upcoming performance-oriented Toyota Hilux came out as early as 2018 with the reveal of the Hilux GR-S in Brazil, but that has been cemented early this year with subsequent trademark filings for the GR Hilux name.

There have been several juicy bits of information about the go-fast Hilux, making it a formidable rival against the upcoming Ford Ranger Raptor. Upcoming is the operative word here as the Ranger Raptor is also getting with a new-generation model, which makes this an already exciting matchup from the get-go. 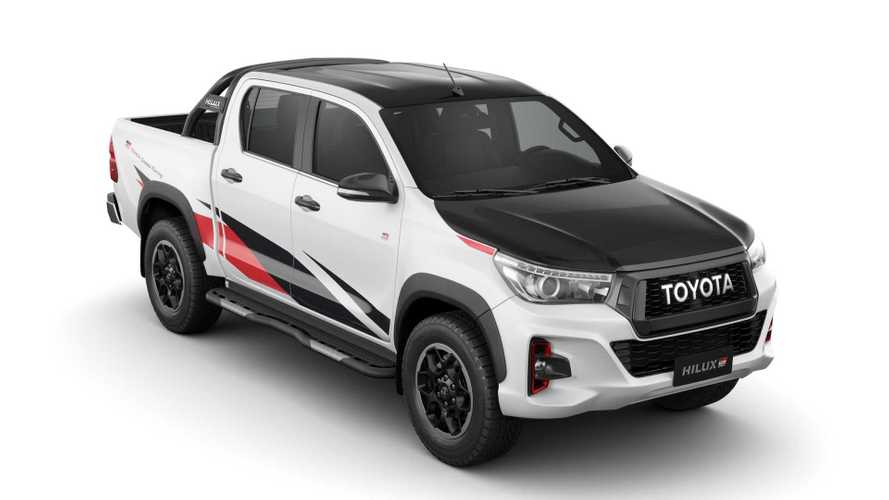 First up is the GR Hilux. Australia's Cars Guide has reported that the GR Hilux is indeed coming but it won't be within the current generation of the midsize truck. As the recently launched model was just a facelift, the GR Hilux is expected to arrive beyond 2023 after the next-generation Hilux/Tacoma has been introduced.

Despite the long wait, the GR Hilux is expected to adopt a new 3.3-liter diesel V6 engine that the Land Cruiser will be getting, which gives the upcoming Toyota performance truck a healthy power output above 268 horsepower (200 kilowatts) and 479 pound-feet (650 Newton-meters) of torque. Other performance updates are inevitable, such as Fox racing shocks and other GR bits.

While the upcoming GR Hilux already sounds impressive with these early reports, the next Ranger Raptor won't give up the limelight that easily. We've heard rumors this year saying that the next Ranger Raptor will borrow the same engine from the F-150 – a 3.0-liter diesel V6 diesel that makes 255 hp (190 kW) and 443 lb-ft (600 Nm). As for the performance upgrades, expect nothing short from the Blue Oval.

As always, take these speculations and numbers with a healthy dose of skepticism as both brands naturally won't confirm anything about their future plans. Then again, we won't blame you if you got giddy with this upcoming performance truck rivalry, as are we.