Let's see who wins between these luxurious sedans.

The Audi S8 and the Bentley Flying Spur share the same Volkswagen parent, but that's just about the only thing that these two cars share. While one's assembled in Germany, the other is made in the United Kingdom. Both are luxurious but one's posher and asks for more money.

But which one's quicker in a straight-line race? While both cars aren't really designed to be driven like they're stolen, they actually pack quite a punch underneath their long hoods. Carwow pits both in a drag race to see which one's the quickest to the valet.

But before you watch the video, let's compare the numbers here first, just so we'd know how different are these cars from each other.

The Audi S8 is powered by a 4.0-liter biturbo V8 that's assisted by a 48-volt MHEV system. With this powertrain setup, the S8 can produce up to 563 horsepower (420 kilowatts) and 590 pound-feet (800 Newton-meters) of torque. These figures are sent to all four wheels via an eight-speed torque converter gearbox. And of course, with its size, the S8 tips the scales at 4,916 pounds (2,230 kilograms). 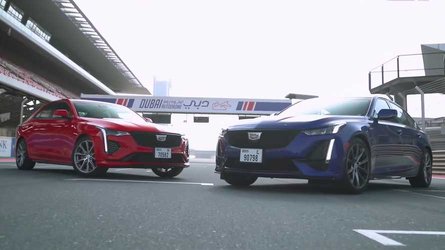 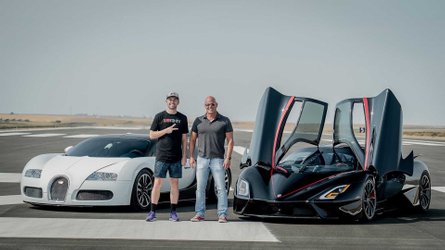 Despite the hefty numbers from the S8, the Flying Spur is no pushover with its 6.0-liter W12 mill. The current Bentley flagship can make up to 626 hp (467 kW) and 664 lb-ft (900 Nm) of twists, also sent to all four corners via an eight-speed automatic gearbox but this time with dual clutches. The Flying Spur has the power advantage but it has a weakness – it is 456 pounds (207 kg) heavier than its Audi cousin.

Can the Flying Spur's power advantage offset its weight? Watch the video on top of this page to find out and let us know what you think in the comments section below.