What's in a name? That depends on all kinds of things obviously, but in the automotive world, there are two very distinct camps. One favors descriptive names that attempt to evoke an image or an emotion, such as the Aston Martin Vanquish. The other side is an alphanumeric designation like the BMW M5, basically leaving the car to sell itself.

A forum member at GR86.org recently found a trademark application that suggests Toyota could go the latter route when its slick hypercar concept finally goes official. A trademark filing with the European Union Intellectual Property Office lists GR 010 as being filed on September 23. It comes from Toyota, and while there's no other context for the trademark, it's hard to imagine this not being connected to the automaker's Super Sport concept.

The question is, would this designation replace the Super Sport moniker completely, or be used in conjunction? Dipping back into Toyota's past, the GT-One Le Mans racer from 1998 and 1999 had a model code of TS020, so GR 010 at least fits the form. The alphanumeric name is a bit bland for something that should have upwards of 1,000 horsepower on the street, but a GR 010 on the track with a GR 010 Super Sport on the street sounds rather cool. 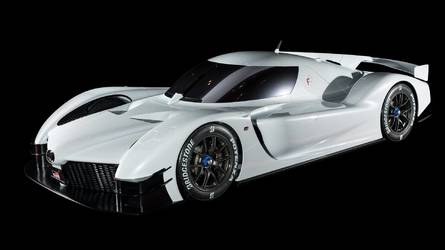 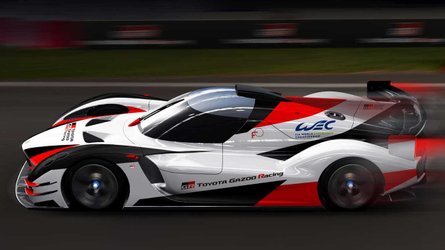 Whatever it's called, it should be wild. Ultimately, the car will race in the new FIA Hypercar category, which should start sometime in 2021. According to the latest rule changes as of May 2020, maximum power will be limited to 670 horsepower (500 kW) with a minimum allowable weight of 2,270 pounds (1,030 kilograms). In street trim, however, Toyota's hypercar will offer approximately 1,000 horsepower from a hybrid twin-turbocharged V6 paired with electric power.

An official reveal for the street car is unknown, and with some stumbling blocks in the FIA Hypercar category – not to mention coronavirus – it's possible 2021 could come and go without the hot Toyota breaking cover at all.