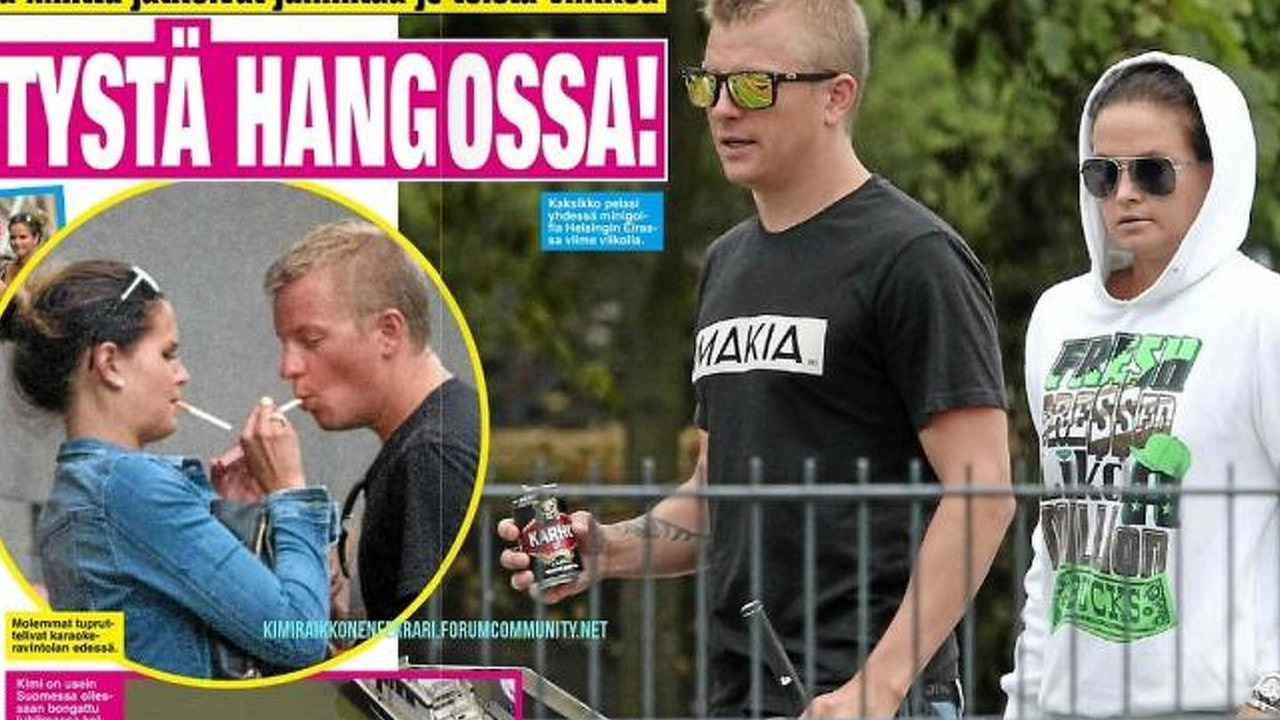 Of F1's eleven teams, only Mercedes and Marussia are heading into the 2014 season with unchanged driver pairings. Undoubtedly, however, it is Ferrari's shakeup that has triggered the most discussion...

Of F1's eleven teams, only Mercedes and Marussia are heading into the 2014 season with unchanged driver pairings.

Undoubtedly, however, it is Ferrari's shakeup that has triggered the most discussion.

Many disagree about which former champion, Fernando Alonso or the Ferrari returnee Kimi Raikkonen, will get the upper hand this season.

Jacques Villeneuve, the 1997 world champion, is also betting on the Finn -- but for a different reason.

There are a few, older photos of Raikkonen smoking cigarettes circulating on the internet, but the latest series has been dated as 2014, and depicting the 34-year-old with his newest girlfriend Minttu.

The full magazine images can be seen at: tumblr.com

So in the era of super-fit drivers like triathlon lover Jenson Button, Villeneuve thinks the 2014 rules might level the playing field for Raikkonen.

"With the new rules, where basically the drivers won't have to drive on the edge the whole time, it won't be too physical, it could suit Kimi," he told Sky Sports.

Villeneuve also thinks Raikkonen could capitalise on the relationship between Alonso and Ferrari, which was undoubtedly tense at times last year.

"Last year Alonso wasn't the golden boy of Ferrari anymore, the energy wasn't good anymore," he said. "They were all fighting internally and that's why they put Kimi in there.

"But if we remember a few years ago it ended in tears with Kimi as well, so who knows what will happen," Villeneuve added.