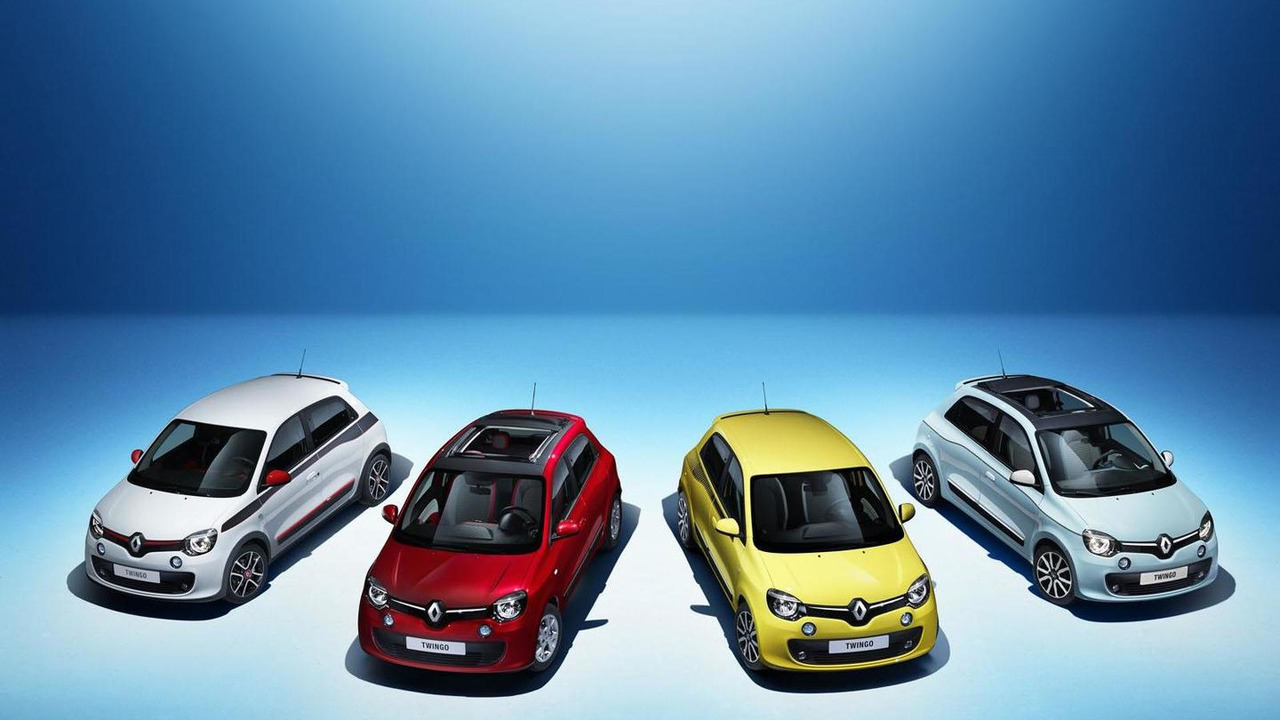 Following this morning's leak, Renault has officially unveiled the 2014 Twingo.

Following this morning's leak, Renault has officially unveiled the 2014 Twingo.

Set to debut at the Geneva Motor Show, the Twingo has a sportier design that draws cues from the Twin'Z and Twin'Run concepts.

Specifications won't be released until later tonight but we can see the model will be available as a five-door hatchback and convertible. Speaking of the latter model, it uses a sliding soft top that operates like the one on the Citroen DS3 Cabrio.

Customers can also order a variety of personalization options to customize the appearance of their car. Nothing is official but the picture suggests we can expect an assortment of alloy wheels and body side graphics.

As we have previously reported, the Twingo will ride on the same platform that underpins the Smart ForTwo. This has raised speculation that the model could feature a variety of fuel-efficient engines which are shared with the ForTwo but we'll find out soon enough.