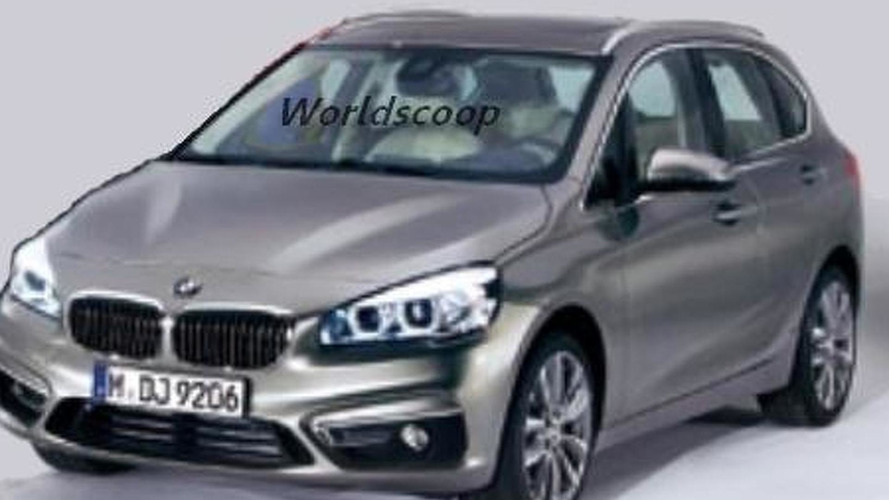 The first official image with the 2014 BMW 2-Series Active Tourer has been published online, prior to a very possible Geneva debut next month.

The first official image with the 2014 BMW 2-Series Active Tourer has been published online, prior to a very possible Geneva debut next month.

It was only several hours ago when we talked about BMW's front-wheel drive plans which will take off with the 2-Series Active Tourer and now the model has made an appearance online courtesy of a snapshot taken from AutoBild's cover. The interesting model was previewed by the Bavarian marque back in September 2012 at the Paris Motor Show with the Concept Active Tourer and we already know how the production model looks from all angles thanks to the undisguised prototype our spies grabbed on camera towards the end of last year.

Seen in the attached gallery is the five-seat 2-Series Active Tourer model which will be joined later this year by a seven-seat version likely to be called 2-Series Gran Tourer. BMW's first ever MPVs will compete with the Mercedes-Benz B-Class and will ride on the front-wheel drive UKL platform with power coming from the engines found inside the new MINI.

More details and photos should arrive in the following weeks since the five-door model will probably be unveiled in early March at the 84th Geneva Motor Show.