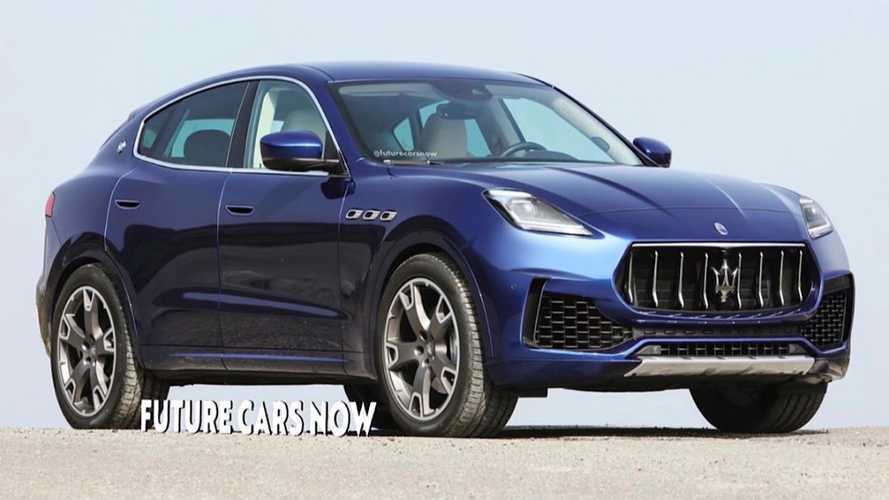 Maserati will reveal it next spring.

Earlier this month, Maserati grabbed headlines with its new MC20 supercar. However, it wasn't the only new Maserati model announced. The Italian automaker also teased the new Grecale, a smaller SUV that'll debut next spring. The teaser hides many of the crossover's styling details, but a new, unofficial rendering previews what it could look like, and it's easy to see the similarities between it and the larger Maserati Levante.

The teaser Maserati revealed earlier showed off a sleek silhouette that's present in the rendering, mimicking the elegant greenhouse shape of the Levante. The rendering also shows the Grecale's curvy shoulders, a styling feature that starts at the front grille, extending over the hood and front fender, disappearing into the door, and reappearing at the rear. The Grecale rendering also shows a new, larger headlight unit compared to the Levante while Maserati's slotted grille and trident badge are front and center.

Maserati is billing the Grecale as a smaller offering compared to the Levante, though it may not be that much smaller. It'll be positioned differently in Maserati's lineup, focusing on practicality and dynamism. It'll ride on the same Giorgio platform that also underpins the Alfa Romeo Stelvio, and there's a possibility the two will share powertrains. While powertrain details are anyone’s guess, Maserati did say it would offer a pure-electric model, though information on that offering will come at a later date.

The Grecale Could Look Great:

Next year is looking to be a busy one for Maserati. Not only will the new Grecale get a reveal, it'll also enter production and go on sale. Maserati has allegedly started building pre-production models, so we should begin seeing more test vehicles out and about soon. Expect Maserati to hide them under a copious amount of camouflage. Also coming should be the GranTurismo replacement and, possibly, a convertible version of the MC20, though the Grecale has a good chance of dwarfing both in sales.