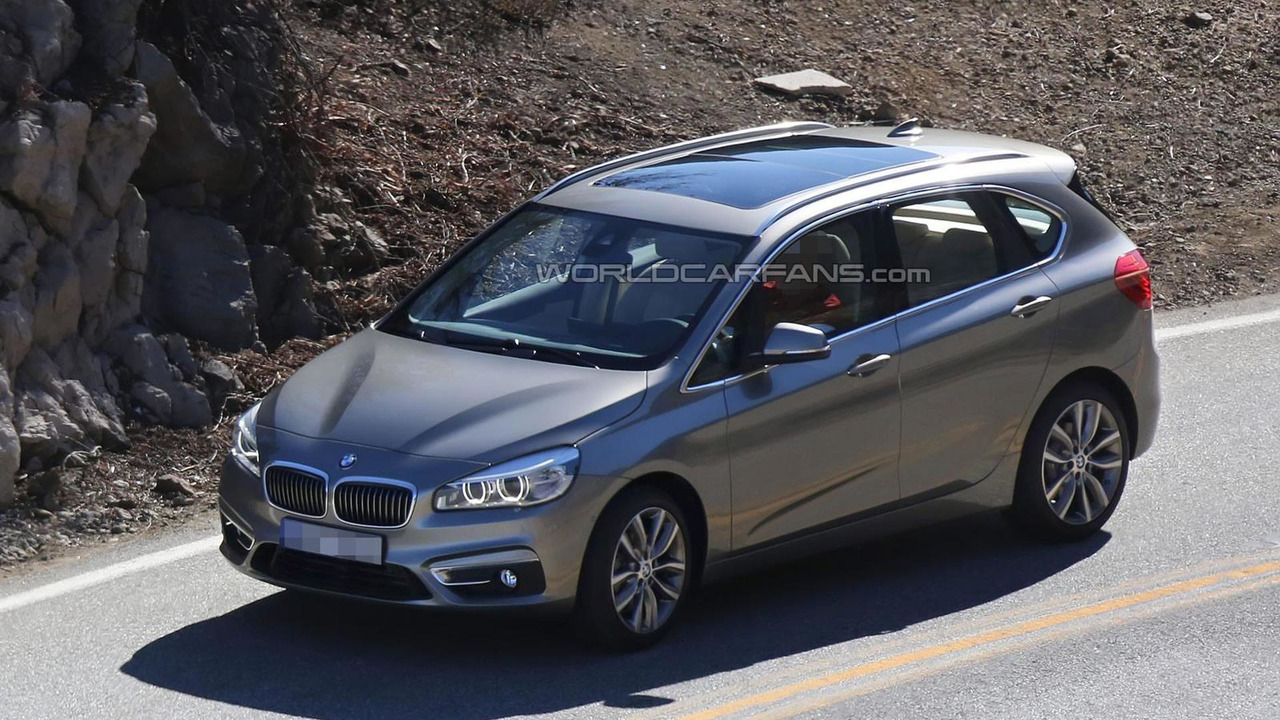 Get ready for a FWD assault from BMW as at least five of those front-wheel drive models will wear the BMW badge. The first to pave the way will be the 2-Series Active Tourer which hasn't been officially revealed yet but our spies managed to snap photos of an undisguised prototype so the cat is pretty much out of the back.

Scheduled to be unveiled next month in Geneva, the BMW 2-Series Active Tourer is slated to go on sale this summer as a five-seater which will be joined before the end of this year by a seven-seat derivative. Despite the FWD layout, the Active Tourer "has been designed with dynamism and athleticism in mind. It is still a BMW", according to sources within the company cited by Autocar. Most of the 2-Series Active Tourer sales will come from Europe but United States and Asia are reportedly very interested in getting this model.