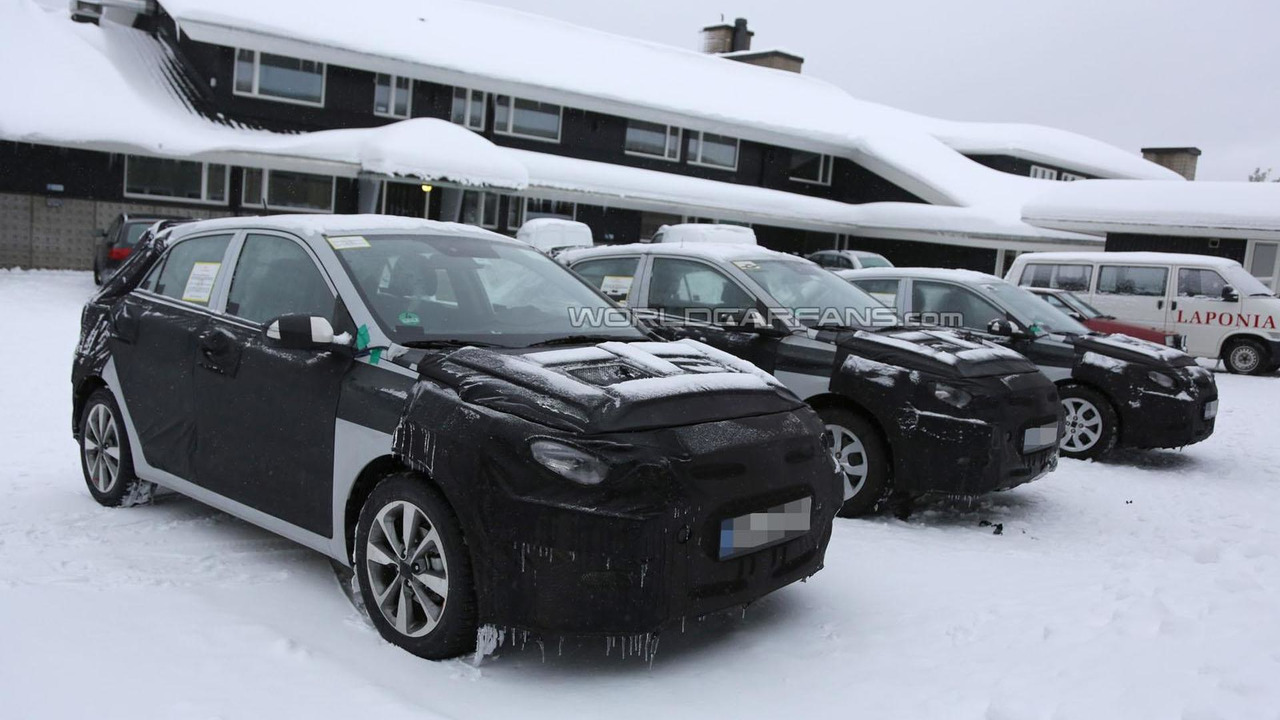 A fleet of 2015 Hyundai i20 prototypes has been spied in Northern Europe. See the pictures inside

A fleet of 2015 Hyundai i20 prototypes has been spied in Northern Europe.

Dressed in heavily camouflage, the prototypes have an evolutionary design which looks more upscale than its predecessor. We can't make out too many details but the model has an upward sweeping beltline, restyled mirrors and a more stylish greenhouse. The hatchback also sports muscular wheel arches and a prominent character line that starts under the A-pillar.

Our spies were only able to snap one interior photo but it doesn't show much besides two-tone upholstery.

The redesigned i20 is expected to be introduced later this year, so expect to learn more in the coming months.