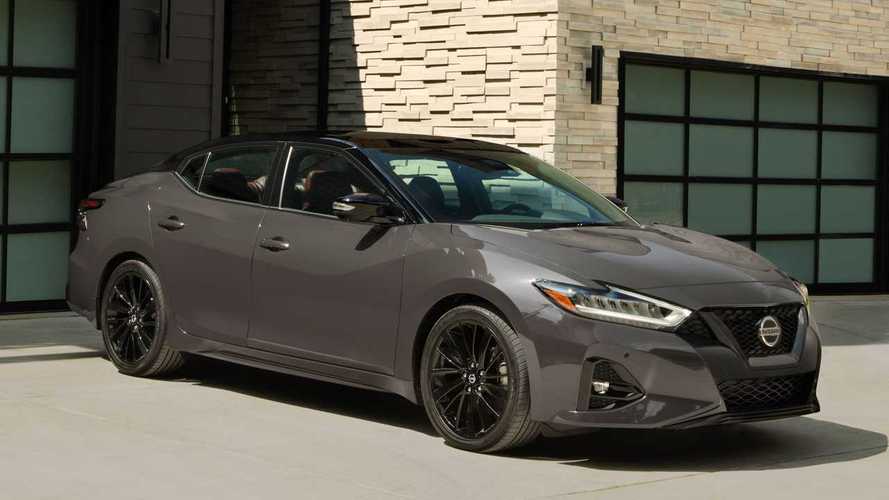 The Nissan Maxima began its life in the US in 1981 as the Datsun 810, pairing the 240Z’s engine with a five-speed gearbox. By the mid-1980s, the Maxima had a V6 engine and a Nissan badge. Now, 40 years later, Nissan is celebrating with a special anniversary edition available for the 2021 model year. Nissan says it’ll limit the package’s production, though the automaker doesn’t specify that number.

Inside, it’s not all dress-up. The model will receive heated rear seats as an upgrade while the speedometer and tachometer will feature white faces, a nice callback to past Maxima models. Nissan will emboss 40th Anniversary Edition into the red semi-aniline leather seats, too. Other touches include red contrast stitching and Satin Dark Chrome trim pieces throughout the interior.

Save Thousands On A New Nissan Maxima 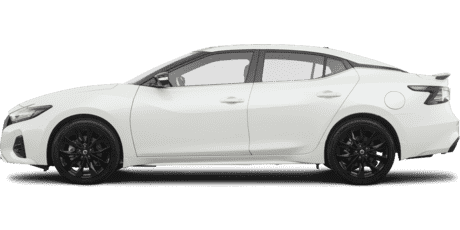 Nissan will offer the 40th Anniversary Edition package on the SV, SR, and Platinum Maxima models. Nissan’s 3.5-liter V6 engine making 300 horsepower (223 kilowatts) and 261 pound-feet (353 Newton-meters) of torque is standard, as is the automaker’s Xtronic continuously variable transmission. Nissan hasn’t strayed too far from the Maxima’s sporty origins, always building on its heritage, and it must be working. According to the automaker, Maxima customers are among its most loyal.

Pricing for the package isn’t available yet, though Nissan says we should expect a full rundown, including pricing and specs, of the 2021 Maxima lineup closer to the model’s on-sale date scheduled for this fall. The subtle touches and upgrades shouldn’t be too expensive, though. The 2020 Maxima starts at $34,450, which may tick upward for 2021.

Maxima is the longest continuous running Nissan nameplate in the U.S., linking back to 1981, the year Maxima was first sold here.

As the flagship of Nissan’s vibrant sedan lineup, which includes the trio of recently redesigned Altima, Sentra and Versa models, Maxima continues to garner prestigious industry awards. In June, Maxima was named the top vehicle in the Large Car segment of J.D. Power Initial Quality Study for the third consecutive year. In July, Maxima led J.D. Power’s APEAL Study Large Car category, again for the third year in a row and 30 points ahead of the segment average. It has also achieved a Top Safety Pick rating from the Insurance Institute for Highway Safety for five straight years1.

In addition to the 40th Anniversary Edition, the 2021 Maxima will be offered in SV, SR and Platinum grade levels – each equipped with a 300-horsepower 3.5-liter DOHC 24-valve V6 engine and Xtronic transmission.

Today, Maxima is known for its premium level of luxury with performance and sportiness. For generations, before the arrival of diamond quilted Ascot leather-appointed seats, Satin Birdseye Maple wood finishers and 11-speaker Bose® Premium Audio system, it was simply known as the “4-Door Sports Car.”

Now in its eighth-generation, Maxima’s storied history as an authentic sports sedan goes back even farther to the Datsun Bluebird 810 of the late 1970s. The 1981 Datsun 810 – often described as a larger interpretation of the legendary Datsun 510 – was the first to carry the Maxima nameplate.

Dropping the 810 name, the true first generation Maxima featured the engine of the 240Z and a 5-speed manual transmission at a time when industry standard was a 4-speed box or less. Next came the second-generation 1985 – 1988 Maxima, which was the first to offer a V6 engine and front-wheel drive. It was the last to be available with a station wagon body.

The third-generation Maxima emerged in 1989 as the true 4DSC. Considered the best affordable sedan in the world by many, it was powered by a 160-horsepower 3.0-liter V6 and went head-to-head against European sports sedans in road test comparisons by leading automotive publications.

Not willing to rest on its laurels, the Nissan engineering team came back in 1995 with a larger body design and featuring a new engine, new rear suspension and 30 extra horsepower (190-hp). It was chosen as Motor Trend’s Import Car of the Year and was included on Car and Driver’s 10 Best list.

Three more generations followed quickly. The fifth-generation Maxima, introduced in 2000, received the legendary VQ35 V6 and a boost to 255-horsepower (from model year 2002). In 2004, the sixth-generation Maxima upped the luxury factor substantially. The seventh-generation added new aggressive styling to go along with the now-290-horsepower 3.5-liter V6.

In 2016, the current-generation Maxima debuted sporting the V-Motion front end and floating roof design. A minor facelift followed in 2019 with enhancements to its safety, security and connectivity technology.

Over four decades, Maxima has remained faithful to its heritage as a true performance sedan and brand flagship – as well as to its large owner base, which is among the most loyal among all Nissan models. With the addition of the special 40th Anniversary Edition, Maxima adds to its long history once again.

More information on the full 2021 Maxima lineup, including pricing and specifications, will be announced closer to its fall 2020 on-sale date.