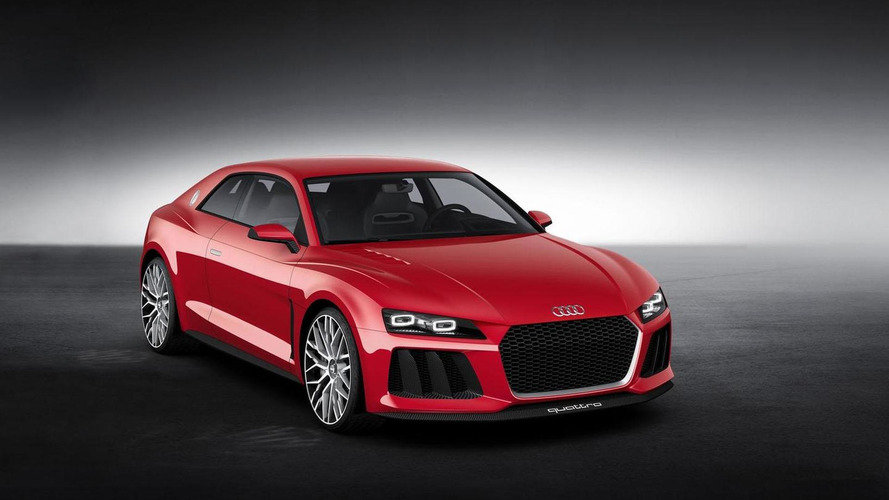 Speaking to Top Gear, Hackenberg said "We used a powerful powertrain [in the Sport Quattro cconcept] to position it but the potential is to have more volume. It needs a high investment so it makes sense to use other engines." He went on to say the model would be positioned between the TT and R8 and ride on the modular longitudinal matrix (MLB) platform.

While Hackenberg stopped short of confirming the model has been green-lighted, it is expected to be launched in 2016 or 2017.

In related news, Hackenberg said the TT lineup could grow to include additional models besides the coupe and roadster. As he explained, "I can imagine the TT has much more potential than we have used up to now. That's why we did this Allroad concept."  He added, "The trend is to smaller crossovers. So for example you could do a crossover TT. It would have a big group of fans." Hackenberg also hinted at the possibility of a lightweight model as he noted the MQB architecture allows for the use of a carbon fiber roof.

Last but not least, the engineering guru said the company has effectively fixed the R8 e-tron and "bringing it to market is my personal target."