Back in the early 90s and late 2000s, Honda Accords were selling like hotcakes. Those looking for reliable, comfortable, and decent performance in the midsize sedan segment would find very little to fault with an Accord. That's not to say that the current Accord offerings aren't as good, it's just that they've evolved over time with turbochargers, sharp lines, and more technology. Sometimes, you want something that's relatively analog and refreshing. That's where this extremely pristine Honda Accord example comes in, and it also happens to be a Coupe. Listed for auction on Bring A Trailer, this 2011 Honda Accord Coupe has all the bells and whistles and has only done about 350 miles on the odometer, making it a unicorn for those looking for this specific eighth-generation model.

Gallery: This 350-Mile 2011 Accord Coupe For Sale Comes Straight From Honda's Vault

The car was originally under the ownership of the American Honda Motor Company in California until June of this year, then it was transferred to a department of the same company in Ohio before being acquired by the selling dealer. It still retains a factory window sticker, two sets of keys, and a sparkling clean Carfax report and title. The car is pretty darn spotless, too, rocking an eye-catching San Marino Red and 18-inch alloys. Exterior features include a sunroof, rear spoiler, heated power-adjustable mirrors, and dual exhausts. 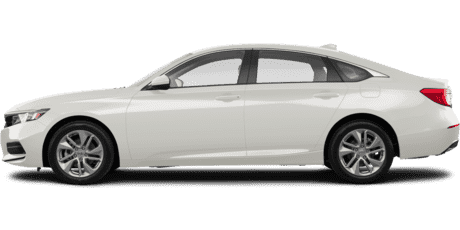 Oh, and the best part is that this Accord Coupe comes in the fancy EX-L trim, packing a pretty potent 24-valve SOHC 3.5-liter V6 that produces 271 horsepower and 251 lb-ft of torque paired to a fantastic six-speed manual transmission.

The EX-L trim adds a number of worthwhile goodies that are still great additions even compared to today's cars, such as automatic headlights, dual-zone automatic climate control, heated front seats, leather upholstery, a leather-wrapped steering wheel, an auto-dimming rearview mirror, a seven-speaker upgraded sound system with Bluetooth, satellite radio, and the option of a navigation system with voice control and a rearview camera. Being a V6-equipped EX-L Coupe, you also get driver seat memory settings and a four-way power passenger seat.

Could The Glory Days Of The Honda Accord Be Over?

So if you're in the market for a Honda Accord, you still can't go wrong with this one. Low mileage, all the options ticked, and a bonus in the form of a peppy V6 with a tasty manual transmission. If you're a fan of V6s in sedans, then you'll be happy with this one, too, with this Accord being the second to the last generation before turbocharging became the norm. Better act fast, though, since the current bid sits at $20,000 as of this writing, and with only 8 days to go!