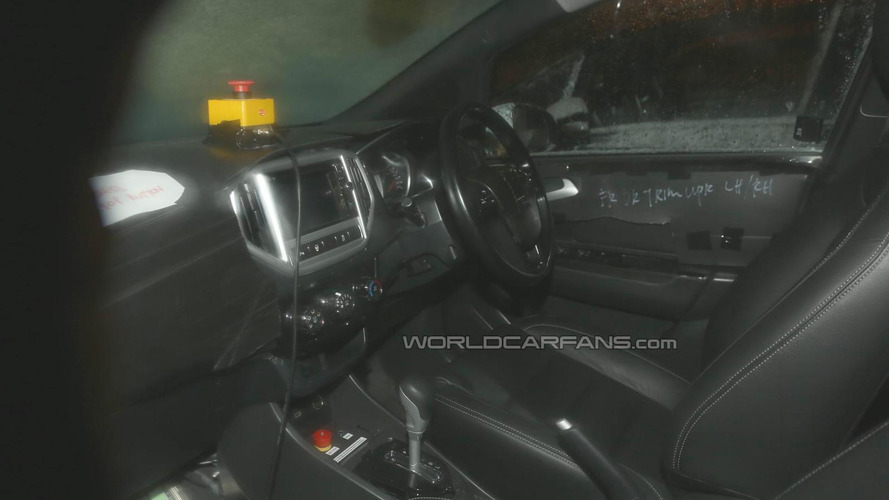 Our spies have sent us an additional batch of photos with the Proton Savvy successor which gives us the opportunity to have a look at the interior cabin.

Our spies have sent us an additional batch of photos with the Proton Savvy successor which gives us the opportunity to have a look at the interior cabin.

These prototypes were spotted outside of a facility located in Sweden owned by Continental as they are currently testing the small five-door hatchback which according to Proton is going to be a global model. Set to be unveiled in the next few months, the B-segment model will replace the Savvy in Proton's lineup and is currently referred to as the Global Small Car (GSC).

The modest interior cabin shows the Malaysian automaker will offer the new model with leather upholstery, an automatic transmission and what appears to be a smallish touchscreen display for the infotainment system. The all-black cabin is spiced up with a few silver touches on the door handles, handbrake lever and on the multimedia system.

We also notice a three-spoke steering wheel with built-in buttons, along with a power socket and USB connectivity in the lower central area of the dashboard. The interior is not finalized as these prototypes came with a red emergency stop button which obviously won't make it to the production version.

The Proton Savvy replacement is slated to go on sale before the end of the year and could be unveiled as early as next month at the 2014 Geneva Motor Show.