A new generation of Nissan Pathfinder is on the way. This batch of spy shots is our first chance to see its development in months. The engineers strip off some camouflage, and there are photos of the interior this time.

Compared to the earlier images, the grille of this Pathfinder is a little more visible. The outward flared vertical portions suggest Nissan's V-shaped grille is sticking around. The lower fascia is also on display, and it shows a simple, horizontal design. At the back, the taillights are a bit more visible, but for the most part, the engineers continue to keep the vehicle tightly under wraps.

The big news is on the inside where there's a chance to see the partially covered cabin. The designers overhaul the design compared to the current Pathfinder. The infotainment screen is far larger, and there is a strip of buttons for controlling it right underneath. This layout forces the relocation of the air vents below these elements. Fabric hides the rest of the center stack.

On the console, there's a chunky, shift-by-wire gear selector. An electronic parking brake is also visible.

The New Pathfinder Is Coming: 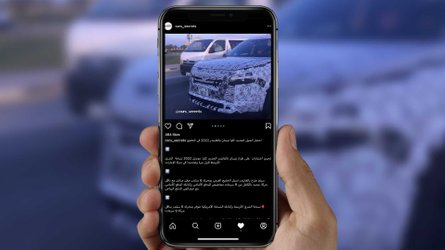 Next-Gen Nissan Pathfinder Spied Up Close On The Street
⠀ 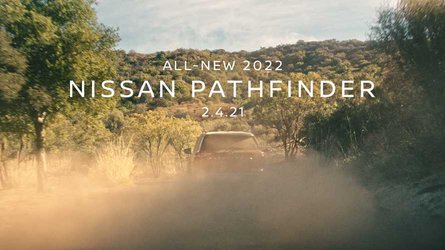 Unfortunately, the angle of the photo doesn't provide a good enough look at the gauge cluster to determine whether it uses an analog or digital display. However, spy shots of the next-gen Rogue Sport (or Qashqai in Europe) show an infotainment screen that's nearly identical to what's visible here, and that model has digital instruments.

Nissan confirms that the new Pathfinder is among the brand's new models on the way within the next 18 months. Current speculation suggests that it would go on sale for the 2021 model year. The unveiling might happen before the end of the year.