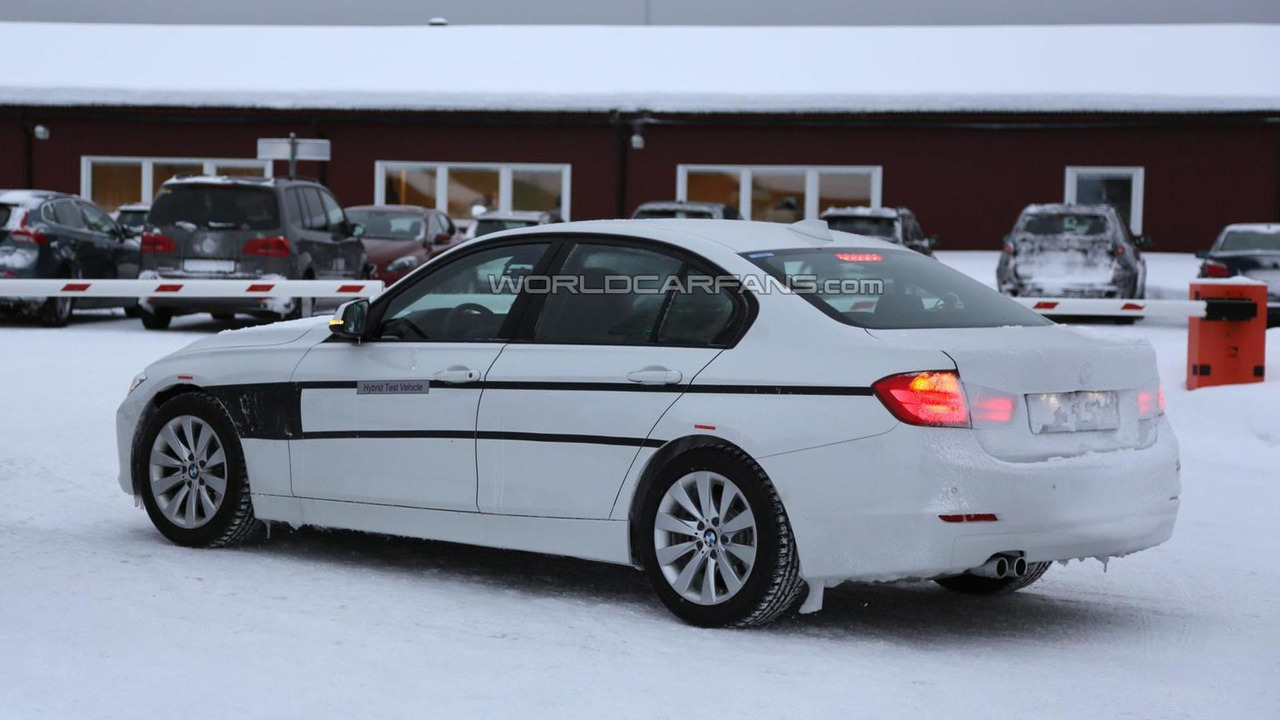 A prototype of the BMW 3-Series Plug-in Hybrid was caught on camera conducting winter testing ahead of a full reveal scheduled for later this year.

A prototype of the BMW 3-Series Plug-in Hybrid was caught on camera conducting winter testing ahead of a full reveal scheduled for later this year.

It was only several days ago when our spies sent us a batch of photos with the BMW 3-Series Plug-In Hybrid and now the model has returned to prove it will look virtually the same as the conventional-powered model. This is the reason why the prototype spotted here wears minimal camouflage as there's nothing significant to hide, except for the plug-in cap sitting underneath the A-pillar.

Set to come out later this year as a 2015MY, the plug-in hybrid variant of the 3-Series will like utilize a variation of the hybrid technology installed in the X5 eDrive concept. That model has a 4-cylinder 2.0-liter TwinPower Turbo engine working together with a 95 HP (70 kW) electric motor and a lithium-ion battery pack. It offers a combined output of 272 HP (200 kW) and in electric mode it can run for 18.6 miles (30 km) while as a hybrid it has a fuel consumption of just 3.8 liters / 100 km (61.9 mpg US or 74.3 mpg UK).

Gallery: BMW 3-Series Plug-in Hybrid spied once again ahead of this year's launch