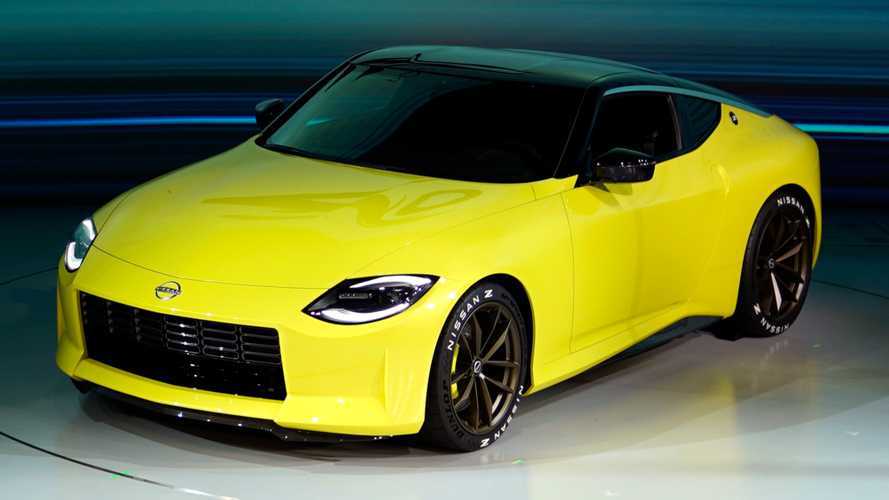 The new Nissan Z sports car is still officially at a prototype stage and we don’t even know what it’s going to be called in production guise. Nevertheless, company officials are willing to disclose additional details beyond the preliminary technical specifications published with the Z Proto’s unveiling yesterday. Let’s start with the bad news – it’s not coming to Europe as per the following statement:

“A shrinking European sports cars market and specific regulations on emissions mean that Nissan was unable to build a viable business case for the introduction of the production version of the next generation Z-car in Europe.”

For the markets where Nissan intends to sell the 370Z successor, buyers will be given the possibility to opt for an automatic transmission should they not want to row their own gears. Z Proto, Nissan Z, GT-R, and Nismo product specialist Hiroshi Tamura told Australian journalists there will be a two-pedal version of the new Z while adding “some appropriate performance [version]” is in the offing. He was likely referring to a hot Nismo derivative, but it’s not known whether it will be available at launch or later during the lifecycle.

Interestingly, Tamura admitted Nissan considered making the Z Proto electric before deciding to go with the V6 engine. Further down the line, an electrified Nismo version could arrive, should the customer feedback dictate it: “At the beginning, we have to think deeply about many solutions that come from customer's voice. Then after that, if customers strongly request some kind of hybrid system we have to do that.”

He went on to mention a roadster has not been green-lighted for production just yet – “it is still up for debate.” Hiroshi Tamura did say sporty convertibles such as the 300ZX and 370Z represent what the “Z” is all about, thus hinting a droptop 400Z (or whatever it will be called) could be in the works. Discussions are also ongoing regarding the platform it will use, but Tamura strongly hinted the next Z won’t be an all-new car:

"We don’t have many platforms. The Z platform is already existing, but we have to modify the existing platform. Power and torque is quite different, so the platform is modified. It is not carry-over. Many things were changed or modified. Even if it looks the same it was changed. The door is completely different, trunk, fender, bumper, wheel, headlight, taillight – everything is different. The stance is the same, that’s why it may look unchanged.”

All About The Z:

Nissan still isn’t saying when the 400Z will hit the market, only mentioning “it’s not so far but not so early. If I can give you the other extra hint you have to check about GT-R Proto.” Tamura was talking about a near-production prototype unveiled in 2005 to preview what was to become the R35 GT-R unveiled at the 2007 Tokyo Motor Show. Does that mean we’ll have to wait roughly two years for the production-ready Z? Hopefully not.

When it does eventually arrive, the revived performance coupe will be slightly longer, wider, and lower than the 370Z. At its heart will be a twin-turbo 3.0-liter V6 sending power to the rear wheels. How much power? Nissan only says the new Z will pack some extra punch over the 332 hp and 270 lb-ft (366 Nm) offered by the naturally aspirated 3.7-liter V6 installed in the outgoing model. The turbo-six makes up to 400 hp and 350 lb-ft (475 Nm) of torque in the Infiniti Q60 Red Sport 400, so the bump in output is shaping up to be significant.

Save Thousands On A New Nissan 370Z

The car has been in development since March 2017 and Nissan admits it still hasn’t decided the name it will use. With more than 1.8 million Z cars sold since the original model launched back in 1969, it's safe to say the new sports car has some big shoes to fill.