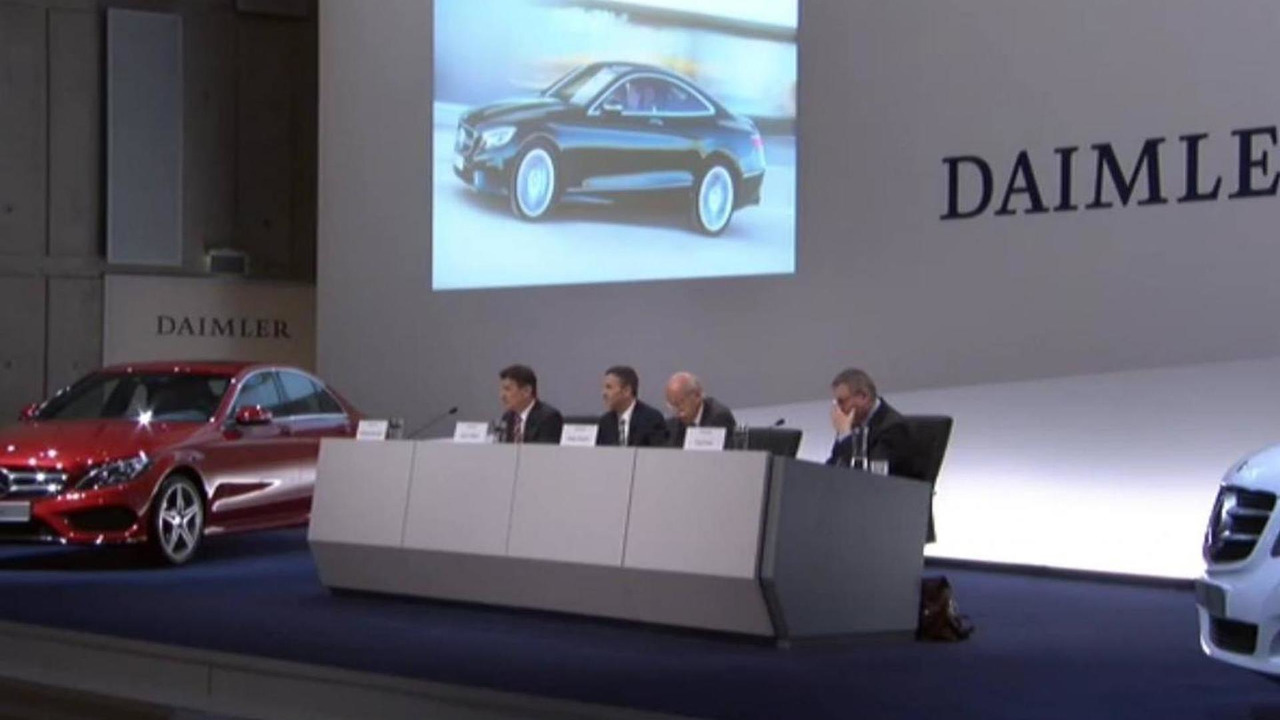 The striptease continues as the 2015 Mercedes S-Class Coupe has been spied wearing less camouflage than ever before.

The striptease continues as the 2015 Mercedes S-Class Coupe has been spied wearing less camouflage than ever before.

Previewed by the S-Class Coupe concept, the production model has a stylish exterior with a prominent grille that is flanked by LED-infused headlights. The coupe has also been equipped with a rakish windscreen, a panoramic sunroof and a dual exhaust system.

The cabin follows in the footsteps of the sedan but adopts a new dashboard that eschews the analog clock. The wood trim has also been relocated to the top of the dashboard where it surrounds the two 12.3-inch displays. Other highlights include a new steering wheel and a copious amount of metallic trim.

Engine options remain unconfirmed but choices are expected to include:

Despite being coy on specifications, Mercedes quietly showed an undisguised picture of the model earlier today.

Gallery: 2015 Mercedes S-Class Coupe spied inside & out as the company shows the first official picture